Humor Nation Make The World Smile
Home TV 7 Unknown And Interesting Facts About The Vampire Diaries That Fans Might...

TVD finally came to an end after eight seasons and 171 amazing episodes. The finale ending saw Stefan Salvatore sacrificing himself to save everyone. While Damon and Elena living a long happy life together as humans and then reuniting with their loved ones in the afterlife. But did you know that Julie Plec and Kevin Williamson had a different ending in their mind which they thought of during Season 2. The Original ending of Vampire Diaries would see both the Salvatore brothers dying to save their beloved Elena and then watching her like ghosts from the Other Side. Elena walking off in the sunset to live her much deserved happy life. She might marry Matt Donovan and would become a doctor. But her two epic loves would always watch over her. This is the ending what Ian Somerhalder and Paul Wesley wanted too. 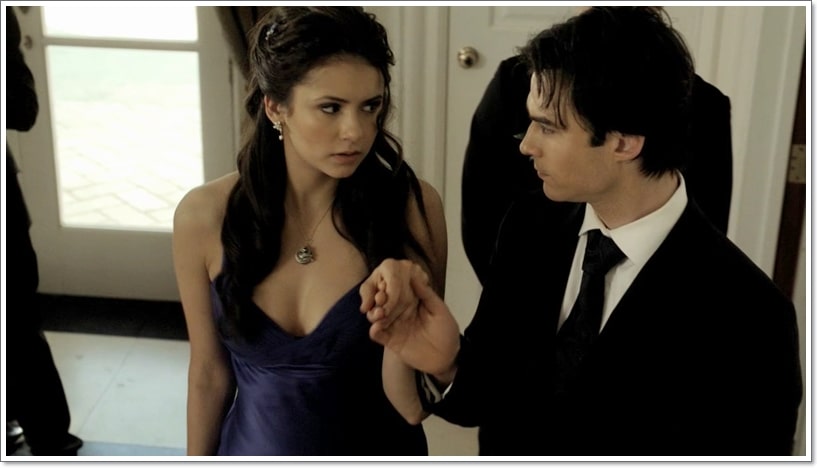 The Vampire Diaries has earned plenty of achievements and accolades in its name. Did you know that with 8 successful seasons, it is also the longest running vampire show in the TVD History. The other iconic vampire shows such as Buffy The Vampire Slayer and True Blood lasted only for seven seasons. TVD aired on 11 September 2009 and at that time it became the most watched premiere episode on the CW Network with a total of 4.91 million viewership. The success of the show spawned two spin-offs titled ‘The Originals’ and ‘Legacies’. TVD’s spin-off Originals which focused on the Mikaelsons got a greenlight from the network due to the popularity of the Mikaelson family. It was the first spin-off series on the Network. The success of the Originals convinced the decision makers at CW Network that spin-offs can be profitable. So in a weird way, Barry Allen should thank the Mikaelson family.

A big success of the show goes to the actors who were such perfectly cast. But did you know the casting for the show was anything, but easy. Nina Dobrev bombed her audition due to being sick at the time of her first audition. She didn’t leave an impression and the show creators had forgotten her. It was only when she sent her new audition through a tape that the creators fell in love with her.

Ashley Tisdale was also considered for the role, but she was cast in Hellcats so she couldn’t do the show. Ashlee Simpson was the original choice for Elena Gilbert, but Nina’s audition tape convinced the creators to cast her. Several actors like Paul Wesley (Stefan Salvatore), Nathaniel Buzolic (Kol Mikelson), Zach Roerig (Matt Donovan), Michael Trevino (Tyler Lockwood) auditioned for the part of Damon Salvatore, but the role ultimately went to Ian Somerhalder. The creators wanted Taylor Swift on the show after coming to know that she’s a fan. They even wrote the character of Lexi Branson with keeping her in mind, however, it couldn’t work out.