Humor Nation Make The World Smile
Home Quiz Are You A True Delena Fan? Take This Quiz And Find Out

Welcome back to Humor Nation. While many people are not aware that it was Damon who first met Elena. She met her in the middle of the road on the night she lost her parents. Damon initially mistook her for Katherine. They started talking and there was an instant connection. Damon told her that she is looking for a love that would consume her, something passionate and dangerous. He told her that he wants her to get everything that she want in life. Damon would then erase away the memories through his compulsion. Later, when they would meet in episode 2 of TVD, she didn’t remember him. Throughout the eight seasons, Delena has been involved in numerous iconic moments on the show. All of their kisses and love scenes are simply epic.

Stefan gave Elena a necklace which would protect her from any sort of compulsion. The necklace originally belonged to the witch Esther. In Season 2, Elijah snatches the necklace from Elena. Later, Damon would return the necklace to Elena, during this moment, he confesses his love to Elena. Damon says that he loves her a lot, but he knows that he doesn’t deserve her. He would then compel Elena again to forget the confession. It was during this moment that Elena realized Damon’s love through his selfless act of giving her the necklace.

An interesting fact is that the actors who portray the characters of Elena and Damon have been involved in a real life relationship. However, it didn’t work out, and they parted ways after three years of dating. In the pilot episode, when Elena was sitting by her parents’ grave and writing in her diary, she encounters a black crow and then mysterious fog appears. In the final episode, when Elena is again seen writing in the cemetery, she again encounters a black crow. It was a nod to the first episode.

Both of them share numerous similarities such as both of them have been turned into Augustine Vampires by the Augustine society, however they returned to their normal state through the injection of cure. Their love making scene is ranked among the hottest vampire love scenes of all time in the TV & Movies history. Their chemistry is extremely popular that the Delena has won numerous awards.

So Take This Quiz And Find Out If You Are A True Delena Fan!

How Well Do You Know The Important Moments Of Delena From TVD?

Delena is the name given to the relationship of Damon Salvatore and Elena Gilbert from The Vampire Diaries. Think you are a true shipper of Delena? Take this quiz to test your fan knowledge! 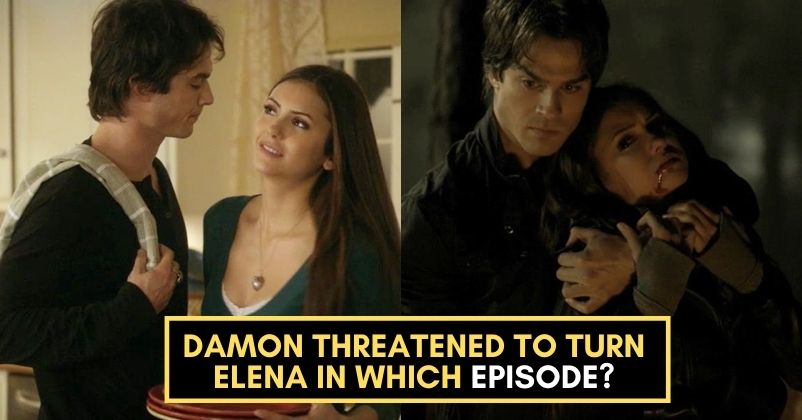