Humor Nation Make The World Smile
Home TV Are You A True Fan Of Elijah Mikaelson? Beat this QUIZ!

Welcome back to Humor Nation. He is the very first Original Vampire that we are introduced to in the Vampire Diaries. Elijah Mikaelson is known as the honorable one, the man of his word because he never breaks his promises. He is a vampire who honors and values virtues and qualities such as compassion, integrity, and courage. He has dedicated his entire life in realizing the vow of ‘Always and Forever’ by standing by his family’s side despite all the troubles they have caused to him. His sole purpose was the redemption of his brother Klaus Mikaelson. Even though Klaus is his half-brother, but Elijah has made more sacrifices for him than what a blood brother would do. He counseled and supported Klaus and despite Klaus’ ill-treatment of him, he never left his side.

Many people consider Elijah Mikaelson to be the lesser evil when compared to his brother Klaus Mikaelson. But mind you, Elijah is just as terrible as Klaus if not, at times. While Klaus is predictable, Elijah carries a level of uncertainty with him. One moment he is poise and the other he could be extracting hearts without breaking a sweat.

But one should never be fooled by the neat appearances of Elijah Mikaelson. Despite all his nobility and gentleman-like appearance, he is a monster deep down, however, a good monster. When Elijah accidentally ended up mortally harming Tatia due to his inability to control his new vampire powers. His mother Esther convinced Elijah to bury all his unpleasant and monstrous impulses behind the red door. Since then all the trauma and damaging memories of this Original vampire have been buried behind it.

In Season 2, when Esther returns, with the intention to force her children to unite with her. She broke down the Red Door of Elijah which made him unstable and very lethal. All this time, Elijah had forgotten that it was he who was responsible for the demise of Tatia. He believed that it was his mother who did the act. Elijah was forced to fight his own animalistic impulses, but with the aid of Klaus, he was able to beat his darkness.

In Season 4, when Freya uses her Pendant to store the consciousness of Elijah until she can repair her mind and then place the consciousness of him back into the body. She enlists the help of Hayley and Hope to locate the ‘Real’ Elijah inside his consciousness. When Hayley enters the mind of Elijah, she is able to witness and experience several of Elijah’s memories, but she is not able to find the real him. It was only when she opens up the Red Door that she finds Elijah, but she is traumatized by the horror that she saw. Later, Klaus tries assuring Hayley that all of the Mikaelsons are monsters. However, Elijah always had a good reason to do such evil acts, for the love of his family.

So Take This Quiz And Find Out How Well Do You Know Elijah Mikaelson?

Are You A True Fan Of Elijah Mikaelson?

While most of us think of Elijah as the lesser evil compared to his brother Klaus, but truth is he can just as ruthless as cruel as his brother. Take this quiz to test your knowledge of Elijah Mikaelson. 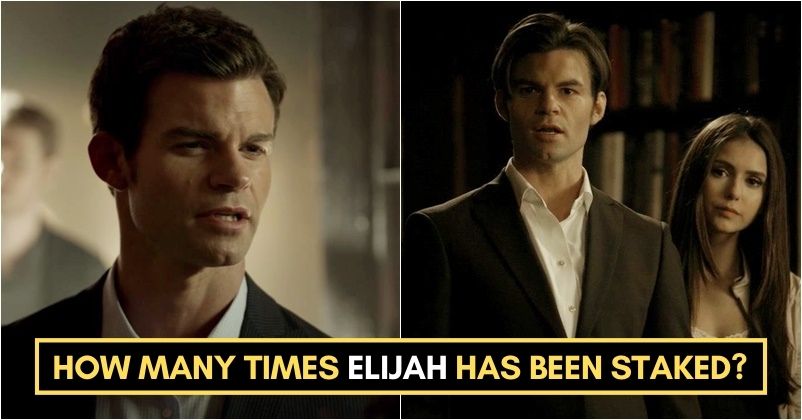