Humor Nation Make The World Smile
Home TV Are You A True Fan Of Katherine Pierce? Beat This Quiz

Welcome back to Humor Nation. When she became pregnant with a young girl, her father disowned her believing that her actions have brought shame to their family. Katherine Petrova was forced to give up her baby girl for adoption and then she moved to England after being exiled. There she came across Klaus and Elijah Mikaelson, she felt attracted towards both. Later she found out that she is a Petrova Doppelgnager and that Klaus Mikaelson intends to use her a sacrifice in the hybrid ritual to lift up the curse that has suppressed his werewolf side. When she found that out, she ruined his plan by running away with the moonstone which is necessary for the ritual. She even tricked the vampire in feeding her the vampire blood which ultimately resulted in her vampire transformation. Since she was no longer a human, Klaus couldn’t use her blood to lift up the curse. But these actions made Klaus so furious that he hunted her for 500 years to punish her.

Are You A True Fan Of Elijah Mikaelson? Beat this QUIZ!

While being on the run from Klaus, she changed her name to Katherine Pierce. In the 19th century, she arrived in Mystic Falls where she came across the Salvatore brothers. During her stay at the Salvatore Estate, she fell in love with both the brothers, but cunningly feed them her blood, thus resulting in their vampire transitions ultimately when their father found out about them. But when the Founder’s Council of Mystic Falls discovered about the identities of vampires in the town, she faked her death and escaped the town with some help.

She was still on the run from Klaus, but in 2010, she returned to Mystic Falls to finally make a deal with Klaus to earn her freedom by giving her the Petrova Doppelganger Elena who Klaus could use. She even arranged the necessary candidates who would serve as the vampire and werewolf sacrifices in the ritual. Katherine was turned into a human in Season 4 finale after Elena forced the cure on her.

So Take This Quiz And Find Out How Well Do You Know Katherine Pierce?

How Well Do You Know Katherine Pierce From The Vampire Diaries?

She is the myth, the legend, the baddest bi#tch of them all. She is the worst of the worst, it was her actions which set the TVD events in motion. Take this quiz to test your knowledge of Katherine. 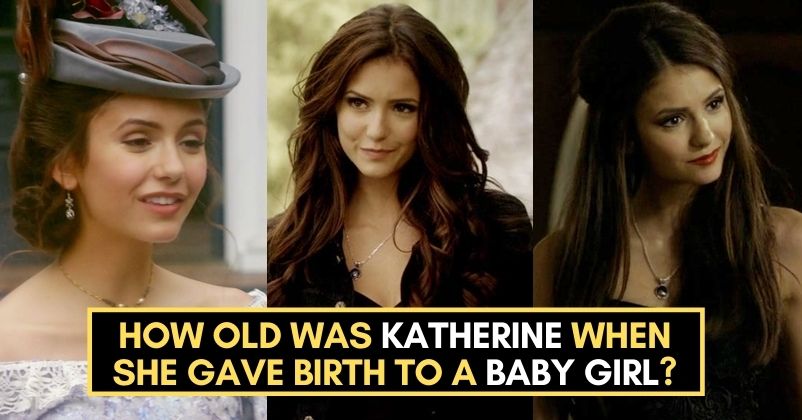