Humor Nation Make The World Smile
Home TV Are You A True Fan Of Klaus Mikaelson? Beat This Quiz

Welcome back to Humor Nation. We were first introduced to the character of Klaus Mikaelson on the Vampire Diaries in Season 2. A ruthless and cold hearted villain who would stop at nothing less until he has accomplished all his goals. He arrived in Mystic Falls to break the Hybrid Curse which was placed on him by his mother, Esther Mikaelson, to suppress his werewolf side. Klaus needed a Petrova Doppelganger to lift the curse. He first chose Katherine for the task, but she tricked him and escaped. Klaus was so enraged at Katherine’s actions that he slaughtered her entire family and never stopped looking for her. He wanted to punish her for crossing him and made her run for her life for 500 years.

Klaus Mikaelson is one of the powerful beings in the TVD Universe. But he is extremely insecure and paranoid. His paranoia results from his false belief that his closed ones will desert him, he therefore purposely tries pushing them away. He lives in a fear that people are conspiring against him, his enemies are out there to get him. This behavioral pattern of his has drastically affected his romantic relationships, his bond with his siblings. Klaus has gone to the extreme extent of daggering his own siblings because he believed that they would leave him all alone. We only saw him as a mad tyrant, but when we saw the Originals, we got to witness his backstory which made us feel empathetic towards him. We came to know that he suffered abuse at the hands of his brute father Mikael who valued strength and considered Klaus to be an abomination.

Mikael always looked at Klaus as he’s a disappointment. He never gave Klaus the love and protection he deserved as a child. This is the reason why he never knew what it is like to care and love others. He repeated the same cycle of abuse and torment that he experienced it first hand. It was only when he met Caroline Forbes who showed him that he’s not just some monster, but he too is capable of loving and forgiving. There is a goodness inside of him too. Then it was Cami who taught him that it is okay to feel vulnerable, she helped him in expressing his emotions in a healthy way. Finally, it was the arrival of his baby girl Hope that became his redemption. He changed himself for Hope, became a hero from a villain. Klaus is the first hybrid being in the TVD Universe. He is extremely powerful and nearly impossible to kill.

The closest sibling to Klaus is Elijah Mikaelson. Even though he is powerful than Elijah because of being a hybrid, but he always makes sure that he doesn’t anger Elijah or gets on his bad side. Elijah is the only sibling who stood by Klaus when there was no one. He believed in the redemption of Klaus.

So Take This Quiz And Find Out If You Are A True Fan Of Klaus Mikaelson Or Not?

Are You A True Fan Of Klaus Mikaelson?

Klaus Mikaelson was introduced as the ruthless villain who won't stop unless he has fulfilled his goals. Take tis quiz to test your knowledge of Klaus Mikaelson. 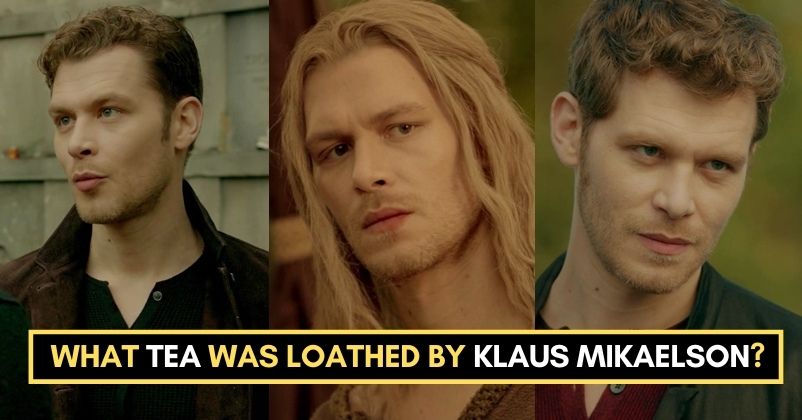