Humor Nation Make The World Smile
Home TV Are You A True Fan Of Lucifer? Take This Quiz And Find...

Welcome back to Humor Nation. While Lucifer is a crime procedural drama, there’s no denying there’s plenty of steamy romance mixed somewhere along with the celestial angelic drama. Even though the main romance is the love story between Chloe Decker and Lucifer Morningstar. Apart from these characters, there are various other characters who’d make great romantic partners. Nobody thought that the goodson Amenadiel could ever fall in love, but look at his relationship with Linda, it’s one of the most surprising relationships on the show.

Can You Identify These Lucifer Characters Using Their Eyes?

Out of all the characters, Michael is perhaps one such character who wouldn’t make a great romantic partner for the obvious reasons. The evil twin brother of Lucifer who arrived on earth to wreck havoc in the life of Lucifer with his antics. He imitated the life of his brother and put many lives in the danger. Another character with plenty of potential which was soon squandered was Marcus Pierce. When his character was introduced, we all fell for him, but turned out he’s a criminal mastermind, his real identity was Cain, the first killer who was cursed by god to walk the earth forever.

Another new character that was introduced in Season 4 was the Eve, the first woman who had crazy hots for the devil. This sweet girl returned to find some adventure and develop a relationship with Lucifer. Despite her sweet looks, she could be pretty obsessive and her jealously often leads her in the trouble. She wanted to take away Lucifer from Chloe. By the end of Season 4, she came to realize her mistakes and decide to go on a journey alone to discover her happiness.

So Take This Quiz And Find Out If You Are A True Fan Of Lucifer Or Not?

Are You A True Fan Of Lucifer? Take This Quiz And Find Out

Several questions, lengthy ones too are included in the quiz. Do you dare attempt this quiz... is topping this quiz what you desire? Then no time to waste as you are a mere mortal with little time to spare. 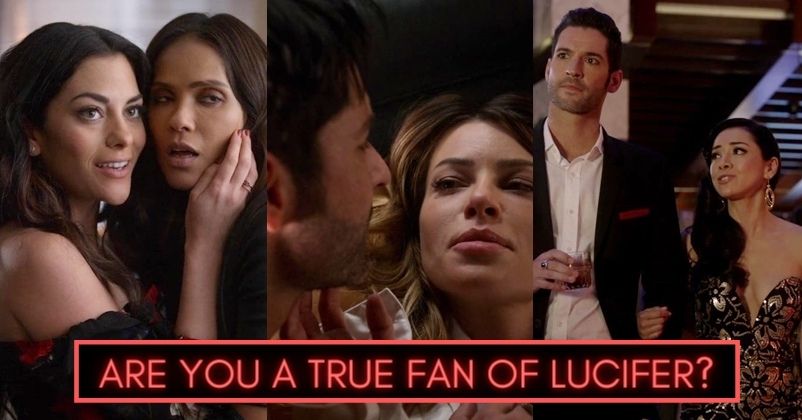