Home TV Are You A True Shipper Of Riverdale?

Welcome back to Humor Nation. While Riverdale may be about a town full of mysteries, deceptions and lies. There’s crime, horror, injustice, and whatnot. Our beloved Archie and gang always tries to save the day, solve a mystery, fight a mobster while doing their studies and jobs. Even after having so much on the plate, the gang manages to find love and has enough time to engage in romance. The romances on the show are pretty popular with the fans who have given unique ship names for their favorite couples, expressing their passion for the show and its characters.

5 Mistakes In Vampire Diaries That Every Fan Missed

There have been numerous relationships throughout the five seasons of the show. While some of them were more like flings which didn’t last long, there were some which stood the test of time, and are still going wrong. One such ship is Varchie. Their relationship started off passionately, it was love at first sight. Archie knew Veronica was the one the moment he laid his eyes on her. Veronica also slowly found herself drawn to Archie. Their relationship has seen plenty of ups and downs, from Hiram influencing Archie, leading him down the dark path to framing Archie for a murder he didn’t commit. They had a breakup when Veronica found that Archie kissed Betty. She would then go on to marry Chadwick and found herself in a marriage which turned out to be a mistake. When she returned to Riverdale, she and Archie picked up the things from where they left off.

Another surprising relationship is of Kevin and Fangs. Nobody saw that coming. A Southside Serpent getting in a serious, committed relationship with a Northsider. After the seven year gap, we learn that they have kept their relationship intact, it has gotten much stronger. The couple are living together and has agreed to start a family with Toni Topaz together. Things were going perfect until Kevin’s commitment issues started coming into play and he had to back off. Fangs would start seeing other people and it complicated things.

When Kevin decided to apologize and patch things up, he found that Fangs has been seeing Moose who was the ex-boyfriend of Kevin. It would be interesting to see if this couple could find their way together again.

So Take This Quiz And Find Out If You Are A True Shipper Of Riverdale!

Are You A True Shipper Of Riverdale?

So you think you are a fan of Riverdale and know almost everything about the characters. Take this quiz to check how well do you know the various ship names of Riverdale? 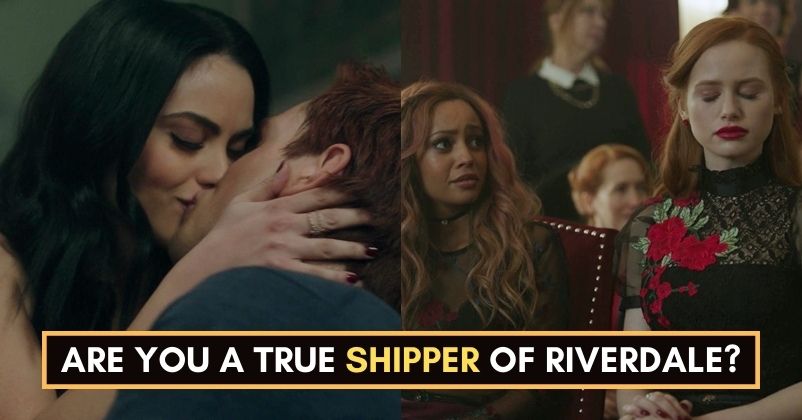 5 Interesting Supernatural Facts That Only The Crazy Fans Are Aware...

Riverdale: Which Member Of The Lodge Family Are You?

Hardest Jones Family Quiz That Only A True Riverdale Fan Can...