Humor Nation Make The World Smile
Home TV Are You A True Shipper Of The Originals?

Welcome back to Humor Nation. The Originals which started as a spin-off of the TVD, but ended up becoming as popular as TVD. Many fans consider Originals to be superior than TVD when it comes to mature story-lines. The show lasted for five seasons and is set in the TVD Universe. Even though the Originals focused more on the themes of family, legacy, and loyalty. Whereas TVD revolved around teen drama and love triangles. But there is no denying that love also played an important role in the Originals. Even though there wasn’t much teen love drama in Originals, but the show featured many epic romances. Over the course of five seasons, we have witnessed many amazing relationships on the show. While some of the relationships saw a happy ending, there were many which ended tragically. And on the top of that, there have been numerous ships created by the fans for their beloved characters.

Are You A True Shipper Of The Vampire Diaries?

Speaking of the relationships that met a happy ending, Kolvina tops the list. Their relationship started when Kol decided to spy on Davina for his mother Esther, but he ended up falling in love with Davina. When Kol dies, Davina tried everything in her power to bring back Kol. Davina who have been used by others for their selfish reasons and Kol who was mostly seen as an expendable by his siblings finally found love in each other.

One of the relationships that deserved better is Haylijah. Hayley, who becomes the mother of the child of Klaus and is bound to marry Jackson Kenner. Elijah, who sees the unborn child as the redemption for their family slowly falls in love with Hayley. However, the death of Hayley in season 5 marks the end of their epic love story.

So Take This Quiz And Find Out If You Are A True Shipper Of The Originals?

Are You A True Shipper Of The Originals?

So you think you are a fan of The Originals and know almost everything about the characters. Take this quiz to check how well do you know the various ship names of The Originals? 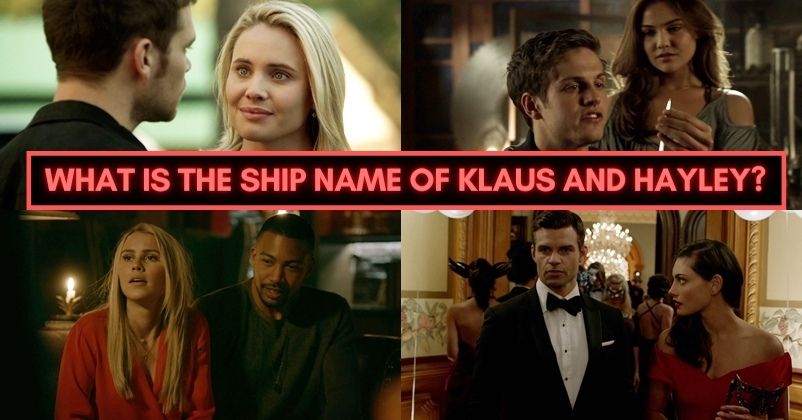