Humor Nation Make The World Smile
Home Quiz Are You A True Stelena Fan? Take This Quiz And Find Out

Welcome back to Humor Nation. When Elena and Stefan saw each other, there was an instant connect, their chemistry was out of the world, and it seemed like they are destined for each other. In a way they indeed were destined for each other if you believe the Doppelgangers prophecy that stated that a Petrova is bound to fall in love with a Salvatore doppelganger. However, we learned that it was a fake piece of information that was circulated by Markos. It can also be proven from the fact that we didn’t see Tatia end up with romancing with a Salvatore doppelganger. Elena Gilbert defied her fate by choosing Damon, but despite Delena being the endgame, there is no denying that Stelena was simply an epic love story.

Their epic love story and romance is what drove the plot for the first couple of seasons. The love story started after Stefan rescued Elena from a fatal car crash and was surprised seeing her as she was identical to Katherine. He decided to stay in Mystic Falls to uncover the mystery, he got enrolled in the same school as Elena, soon he came close to her. It didn’t take long for them to start their romantic relationship. Everything was sailing until Damon Salvatore arrived and sparked the forbidden passion in Elena. Numerous fans wanted to see Delena badly and it happened eventually. But nonetheless, the journey of Stelena has been full of emotional moments which showcased their love.

When Stefan revealed his true face, acknowledging his vampiric nature, it was amazing how Elena didn’t run away or felt terrified, but she accepted Stefan for who he truly is. She embraced the dark side of Stefan and they ended up sharing an intimate moment.

While many fans find it easy to blame Elena for the Stelena breakup as she chose Damon over Stefan, but it wasn’t that simple. Stefan purposely made some choices that made him grow apart and distant from Elena. Like when he decided to follow Klaus after becoming a ripper again. Some would say that Stefan was the one who doesn’t want to be around Elena for one reason or the other, and then he found it easy to pin it all on Elena that their breakup happened, that she chose Damon.

Only take this test if you are a real Stelena Shipper!!! 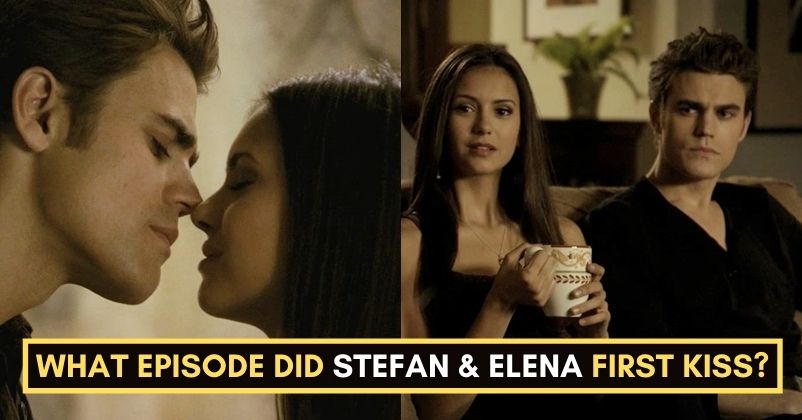