Welcome to Humor Nation. Both Elena and Katherine have been involved in a love triangle with the Salvatores, it seems to be a thing with the Petrova Doppelgangers with the exception of Amara. Tatia had been involved with Klaus and Elijah. The Petrova doppelganger is significant for numerous reasons, their blood contains the magical properties and can be used in a variety of spells. The immortality spell that turned Mikaelsons into Originals was a modified form of the Original Qetsiyah Immortality spell, this spell used by Esther also involved the blood of Tatia as an ingredient.

Then when Esther modified her spell to turn Alaric into an Enhanced Original by channeling his darkness, she linked him with the life force of Elena. The Travelers cast a magical purification spell which also used the blood of the Petrova. Also, in Season 3, after Klaus became the first Original Hybrid, he decided to create an army of hybrids, he required the blood of the Petrova Elena in order to successfully make them work.

Elena and Katherine have foiled each others’ plan on numerous occasions, they have also pretended to be each other several times. Another similarity is that both of them have lost their family. While Elena’s family members died in a crash, or killed by Klaus & Silas. In case of Katherine, Klaus massacred her entire family, but her daughter Nadia was alive who’d also become a vampire and would be later reunited with her. However, Nadia would die after getting bitten by Tyler Lockwood. As the blood of the Hybrid is the only cure to a werewolf bite.

Interestingly, Elena became a vampire due to Damon and Damon was turned by Katherine. In Season 4, after the cure was found and Elena gets a hold of it. In order to save her life, she shoves the cure down the mouth of Katherine, turning her back into a human. So it came into a full circle as it was Katherine which indirectly turned Elena into a vampire and it was Elena who turned Katherine back into a human. She told Katherine that she doesn’t want to kill her as she is not like her, and this is her second chance to make up for all the mistakes she did, start fresh.

So Take This Quiz And Find Out How Well Do You Know Elena?

Toughest Elena Quiz That Even The Salvatores Would Fail

Elena is the titular character of the Vampire Diaries. She played a critical role in the story-lines. Take this quiz if you feel you know almost everything about her character. 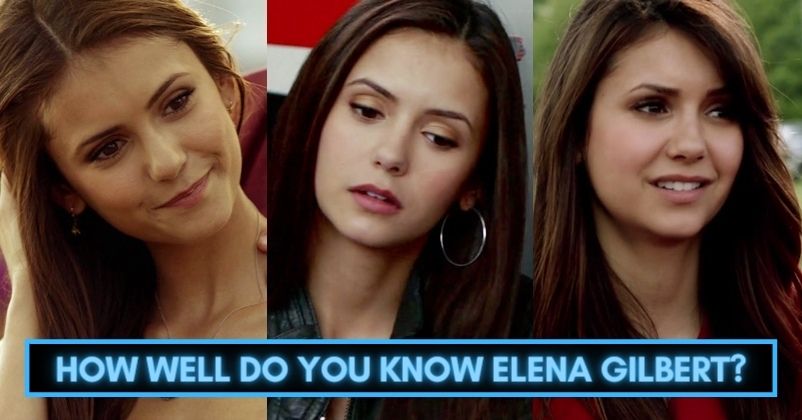