Humor Nation Make The World Smile
Home TV Call Yourself A TVD Fan Only If You Could Manage To Beat...

Welcome back to Humor Nation. TVD featured many great storylines which captivated the interest of the viewers. In the first season, we saw that when Stefan met Elena he seemed like he already knew her. It turned out that Stefan and Damon both loved Katherine who looked exactly, Elena. Then the doppelganger theory was introduced which seemed very interesting to the viewers and it was a fresh plot so people enjoyed it more. The doppelganger angle surely made the TVD much more interesting.

How Well Do You Know The Girls From The Originals?

Elena and Stefan’s relationship was something that the fans rooted for and we knew that no matter what they’ll stick together. She always chose Stefan over anyone until she became a vampire in season 4 and chose Damon because of her heightened feelings. In the end, everyone on TVD almost got a happy ending. Stefan found his love in the form of Caroline Forbes even though it was a short lived relationship as Stefan decided to sacrifice himself, but still it was sweet while it lasted.

Damon’s character was introduced as the evil one and his character was really different than the others. Though he was the evil one we liked him because he had that humor factor in him which made him really cool and funny sometimes. He was more like a rule breaker one and Stefan was just opposite to him and was rather sweet. Ian Somerhalder, the actor who played Damon wasn’t really on board with the decision to turn Damon into a good guy.

We have brought to you an amazing TVD quiz. The questions are compiled from all the seasons of TVD. If you could beat this quiz then you will earn the title of 'TRUE FAN". 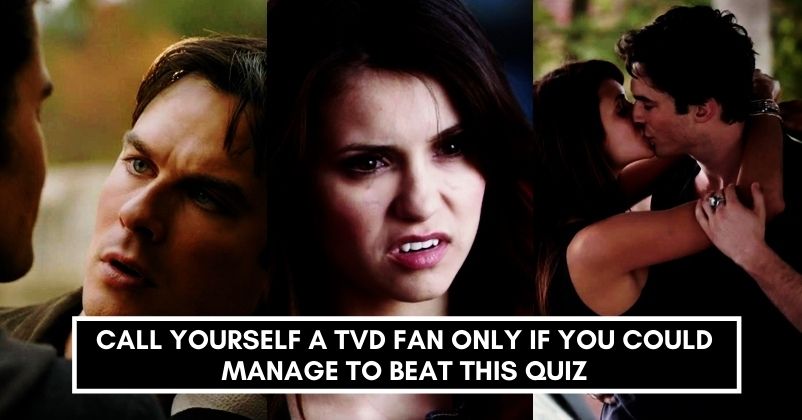