Humor Nation Make The World Smile
Home TV Can You Complete The Names Of These Originals Characters?

Welcome back to Humor Nation. While we already were familiar with the Mikaelsons, but the show Originals introduced us to several new characters. Perhaps a major supporting character in Season 1 who set the events in motion is the witch Sophie Deveraux. Before the events of the Originas, she was a party lover girl who didn’t care much about the politics and the witchcraft. But after her niece, Monique Deveraux was sacrificed in the Harvest ritual to please the ancestors, She started believing that the Harvest is real and wanted to bring back her niece which could only be possible when the fourth Harvest girl Davina has been sacrificed. But since Davina was rescued by Marcel, she was protected and remained in her custody.

Sophie began plotting a plan and got herself involved in the witchcraft. Luckily, the New Orleans witches came across the pregnant Hayley Marshall and were surprised to learn about the miracle that happened. The witches devised a plot to get a hold of Davina by inviting the Mikaelsons in town who would fight Marcel to take back their city. Davina would ultimately consent to the Harvest ritual and eventually Monique would return back to life. Sophie who fought this hard for her family to be reunited again suffered a terrible fate when her own niece Monique killed her with a death hex because she believed that Sophie lacked faith in the Ancestors.

If it weren’t for the witches in New Orleans, Klaus and Elijah would have never arrived in New Orleans. It was Sophie who has the special ability to detect the pregnancy of a girl. She informed that the child belonged to Klaus. It was then Elijah who convinced Klaus to stay and father his child.

As a Harvest girl, Davina Claire was extremely powerful as she had the powers of the other Harvest girls. She shared an antagonistic relationship with the Mikaelsons because they have betrayed her at several occasions, she had numerous chances to kill Klaus, but didn’t do it as the lives of her friends were bound to the sireline of Klaus.

So Take This Quiz And See If You Can Complete The Names Of These Originals Characters?

Can You Complete The Names Of These Originals Characters?

Think you are a passionate fan of the Originals? Think you know everything about all the characters? Take this quiz to complete their names! 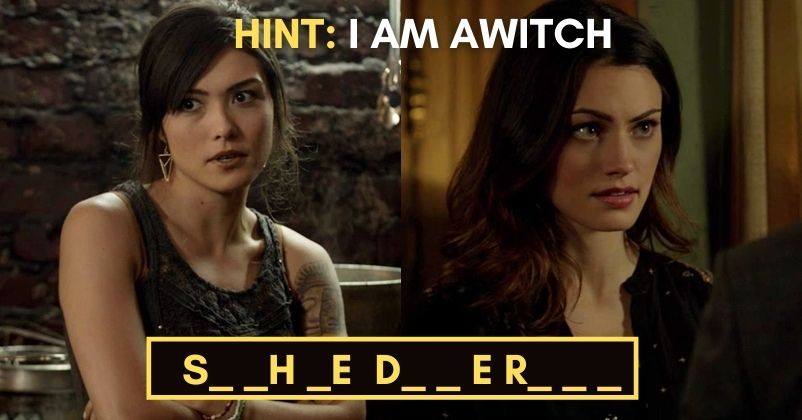