Humor Nation Make The World Smile
Home TV Can You Guess Damon Salvatore Said These Quotes To Which TVD Character?

Welcome back to Humor Nation. Season 2 of the Vampire Diaries saw the arrival of the Originals. We first heard about these ancient vampires from the vampire Rose. It was Rose’s blood which turned Katherine into a vampire and set a chain of events that changed the lives of everyone. Rose informed Damon, Elena, and Stefan about the Originals. This was the first interaction between Damon and Rose. Rose quickly noticed that Damon Salvatore is in love with Elena, the Petrova doppelganger. Damon later saved Rose from burning in the sunlight. This led to them kissing for the first time at the Salvatore Boarding House. Their friendship continued to grow. Sadly, Rose gets bitten by the werewolf Jules, she jumped in front of the werewolf to save Damon.

Did Damon Salvatore Do It? Check Your Vampire Diaries Knowledge

The bite started worsening soon, making Rose experience bloodlust and hallucinations. Rose was in excruciating pain and asked Damon to stop the pain. Damon used his vampiric abilities to create an illusion to comfort her mind which was in pain. Ultimately, he had to stake through her heart to end her suffering. He was so devastated at losing Rose. Damon encountered a human named Jessica on the road, he compelled her to stand still, confessed everything that was going in his head. It was clear that Rose brought out the humanity in him and losing her had affected him deeply.

Damon contacted the ghost of Rose in Season 3 to determine which Original sireline they belong into. As it was Rose who sired Katherine, Katherine sired the Salvatores. She was thrilled to see him again. Rose is one of the few minor characters who made a long lasting impact on the TVD fans. Her death remains one of the most heartbreaking deaths in the Vampire Diaries.

So Take This Quiz And See If You Can Guess Who Damon Salvatore Said These Quotes To On The Vampire Diaries?

Can You Guess Damon Salvatore Said These Quotes To Which TVD Character?

Damon Salvatore has some of the most amazing, hilarious, sarcastic one-liners and profound, deep quotes on the Vampire Diaries. Take this quiz to test your knowledge of the quotes he said on the show. 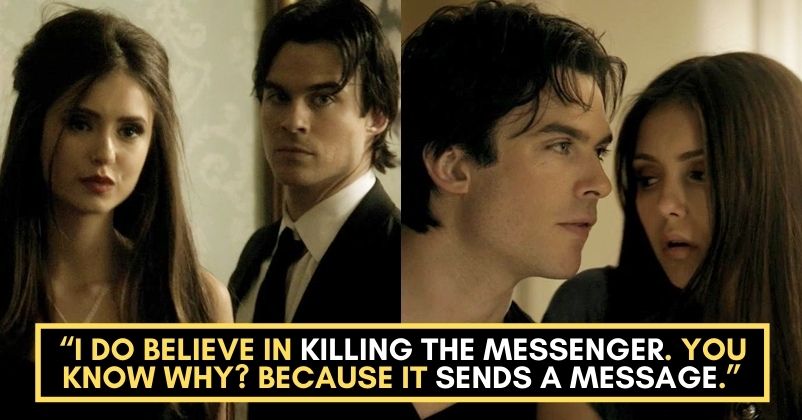