Welcome back to Humor Nation. When Klaus Mikaelson first arrived in the town of Mystic Falls, he was the big baddie. His reputation proceeded him, everyone was afraid of him. He was a man of myth and legend that many have heard of, but only a few have truly seen. His presence caused chaos, he was ruthless and didn’t even care about anyone, but himself. He planned to lift the Hybrid curse which was placed on him by Esther. For this, he went to extents and did horrible things such as sacrificing the innocent Jenna. His destruction only amplified once he became the powerful hybrid. Over the course of his long life, Klaus has slaughtered numerous, anyone who dared standing in his way payed with their lives.

How Well Do You Know The Crescent Wolf Pack From The Originals?

Klaus seemed unstoppable in TVD, but Season 3 episode ‘Before Sunset’ saw him being finally taken down. The threat of Enhanced Original Alaric Saltzman along with the betrayal of Stefan resulted in Klaus becoming desiccated. Alaric finally got his hands on the neutralized Klaus and staked him with the White Oak Stake. But luckily, Bonnie Bennett transferred the soul of Klaus into Tyler’s body. As she was aware that the death of Klaus would result in the deaths of her mother, Damon, and all the vampires who are a part of Klaus’ sireline.

Klaus’ character slowly transformed. Perhaps the catalyst for this change was Caroline Forbes who made Klaus realize what it is like to love. His popularity with the fans resulted in the birth of the Originals, a show focused primarily on the Mikaelsons. Klaus and his family return to the city of New Orleans after finding out that he’s become a father after his one night encounter with Hayley.

Klaus’ interaction with Cami has also helped him in becoming a better man and a father. Unlike everyone, Cami wasn’t afraid of Klaus and saw behind his charade and facade. She offered him the moral support and taught him to believe in his goodness and abilities. Their friendship soon advanced into a romantic relationship, however, biggest bump came when Cami became a vampire that transformed her personality. But she still cared for Klaus and helped him every way that she could.

So Take This Quiz And See If You Can Identify The Originals Episode & Season Using Klaus Mikaelson Picture!

Think you are a passionate Klaus fan and are well aware of all the seasons and episodes, then take this quiz. 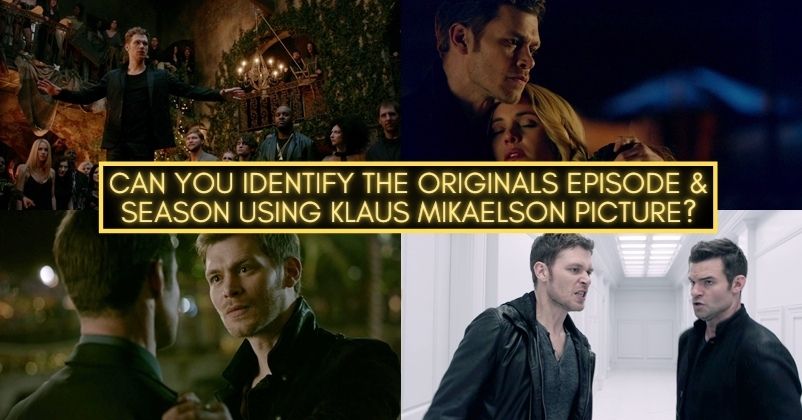