Humor Nation Make The World Smile
Home TV Can You Identify The Supernatural Episode & Season From The Picture?

Welcome back to Humor Nation. Whether it’s the classic rock music, an angel dressed sharply in a trench coat, or perhaps two brothers who share an unbreakable bond, all of these things have made SPN one of the most interesting fantasy shows of all time. It’s hard to choose a favorite episode when you have more than 320 episodes and every episode is greatly entertaining thanks to Jensen and Jared. It’s a difficult task to rank the episodes of Supernatural, but fortunately, we have the IMDB ratings which simplify things. And it’s no surprise that the highest-rated SPN episode on IMDB is Swan Song. The episode concluded Kripke’s Apocalypse story arc and marked his departure from the show. This episode has everything that SPN is well known for. From the emotional moments shared by the brothers to the tense showdown at the cemetery deciding the fate of the universe.

Scoobynatural is the most unexpected yet very entertaining addition to the show. Who would have thought that a crossover between Scooby Doo and Supernatural is possible? But by taking the elements and essence of the Supernatural and fitting it to the animated goofy world of Scooby-Doo, something refreshing and unique happened. This episode just goes to show what truly made SPN so special, its ability to keep surprising its viewers and keep experimenting with creative storylines.

Supernatural has also experimented plenty with alternate realities and parallel worlds. Several episodes featured the Winchesters traveling to a different realm or reality, or interacting with visitors from different worlds. But no episode did it better than ‘The French Mistake. This episode is insanely hilarious. You don’t see Jared and Jensen playing Sam & Dean in the episode, but it’s Sam and Dean who try playing the roles of Jared and Jensen, trying to fit in the lives of the actors when they are transported to a different universe. The most comical part is when they try the ‘acting’ and fail miserably. The episode is as meta as it could be.

Another episode that is ranked among the best episodes is ‘Changing Channels’. The idea that both Sam and Dean are trapped in the TV World is amusing and feels like a concept that won’t work in real. But the way the show executed the parodies of popular shows featuring the boys is hilarious. Despite the meta aspect of the episode, it fits perfectly with the ongoing plot. The episode progresses the story further by making a big revelation in the end.

So Take This Quiz And See If You Can Identify The Supernatural Episode & Season From The Picture?

Can You Identify The Supernatural Episode & Season From The Picture?

Think you are a crazy SPN fanatic who knows everything about the show? Think you can identify any episode of SPN through a single picture? Take this quiz to test your knowledge. 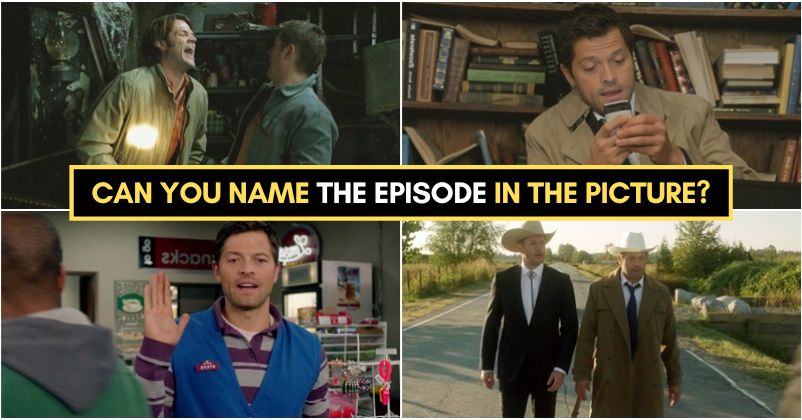