Welcome back to Humor Nation. The characters of Riverdale are so interesting and easily relatable. We have fallen in love with them and cannot imagine any other actor playing the role of our favorite Riverdale characters. The name of Lili Reinhart has become synonymous with Betty Cooper, but did you know the lead actress of 13 Reasons Why, Katherine Langford, auditioned for the role of Betty. She got her break with 13 Reasons Why and couldn’t work in Riverdale which worked out perfectly for everyone. Just imagine her being Betty Cooper, it would have been something, right?

5 Amazing Characters From Originals Who Are LGBT

Cole Sprouse has done a brilliant job in playing the role of Jughead, nobody could have done it better than him. But did you know that the actor was asked to play the role of Archie when he was first approached for Riverdale. But after reading the roles and scripts, he decides he would play Jughead. He fell in love with the character and related to it. He believed that Jughead offers an objective perspective.

There are so many interesting facts related to this Archie’s TV adaptation of the popular comics. There were numerous pitches and ideas given at the studios before the show came into being. Originally, they wanted it to be a time traveling movie where the character of Archie would be a time traveler. We are really glad they dropped it. The Season 1 finale saw the gang saving Cheryl Blossom who tries ending her life by drowning in the frozen lake. The gang rushes to her rescue, but it was Archie who moves further, telling everyone to stay back, he starts hitting the solid ice with his bare hand to break it. But did you know the actor KJ Apa was so absorbed in his character that he smashed the ice really hard and ended up breaking his hand. Now that’s some commitment to the role.

While Jughead and Veronica might be close friends on the set, but did you know that the actors who play these characters went to college together and weren’t great friends. That’s right, Cole Sprouse and Camila Mendes both went to the same university, but they weren’t friends at all, they had seen each other plenty of times.

So Take This Quiz And Find Out If You Can Identify These Riverdale Characters Using Their Eyes?

Can You Identify These Riverdale Characters Using Their Eyes?

Think you are a big fan of Riverdale? Think you know everything about the characters? Then take this quiz to identify your favorite characters through their eyes. 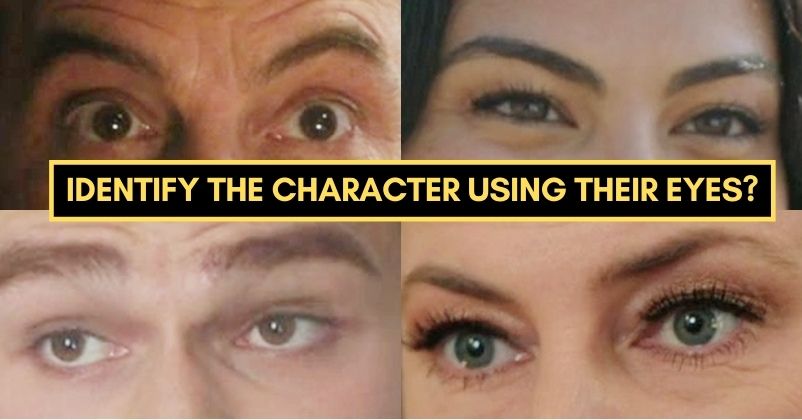