Welcome back to Humor Nation. In Season 1, we are introduced to the various different characters of the Vampire Diaries. Stefan Salvatore becomes everyone’s favorite due to his compassionate and selfless nature. We see him being so considerate about everyone else, he doesn’t feed on humans, he has been staying alive by feeding on the animal blood. Even though it would mean that his strength is compromised. But move forward to next season where he is forced to become a ripper. A ripper is a vampire who cannot control his hunger and would slaughter anyone without any care.

Undoubtedly, the Mikaelson storyline has been ranked by many as one of the best Vampire Diaries storylines. Introducing the progenitors of the vampire race, a family filled with monsters. The Mikaelsons made the show much more awesome. Each Mikaelson sibling have a different personality. They are unpredictable and chaotic. Their presence gained so much popularity and attention that it overshadowed the fame of the Salvatores at one point. Ultimately, their connection with the fans led to the inception of the Originals.

Apart from the Mikaelsons, another best thing on the Vampire Diaries was Katherine Pierce. We heard a lot about her in the first season through flashbacks, but her arrival brought a new dimension to the show. She is the sire of the Salvatore brothers. Even though she returned to Mystic Falls with a sinister purpose, to get her freedom back by helping Klaus lift up the curse by offering him another Petrova doppelganger, a vampire, and a werewolf needed in the Hybrid ritual to break the cure. Katherine would turn Caroline into a Vampire so that she could offer her to Klaus.

Apart from all these storyline, the famous love triangle between Salvatores and Elena is another highlight of the show, and not to forget the amazing brother bond of the Salvatores. After Nina Dobrev left the show, the Salvatores bond became the focus of the show in Season 7 and 8. The brothers share an antagonistic relationship in the beginning, but by the end of the show, they were willing to die for each other. Now that is what you call serious character development.

So Take The Quiz And Find Out If You Can Identify These Vampire Diaries Characters Using Their Eyes?

Can You Identify These Vampire Diaries Characters Using Their Eyes?

Think you are a big fan of Vampire Diaries? Think you know everything about the characters? Then take this quiz to identify your favorite TVD characters through their eyes.
Image Source: The CW / Netflix/WB 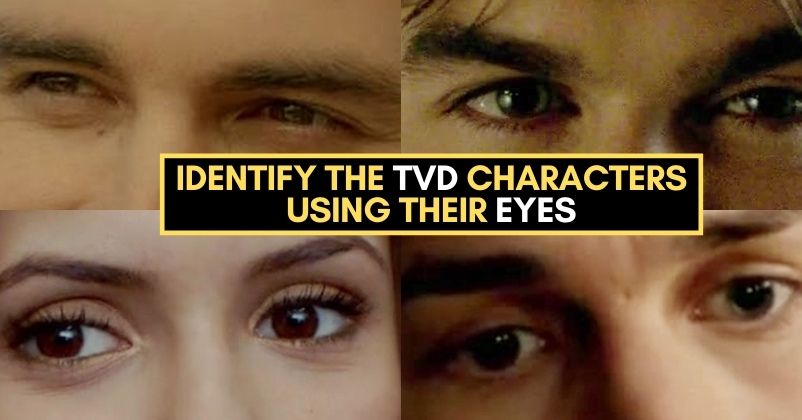