Home TV Can You Name The Episode In Picture From The Lucifer Season 5?

Welcome back to Humor Nation. Season 5 of the Lucifer has been split in two parts. The first part deals with the arrival of Lucifer’s twin brother Michael who causes all sorts of mess in the life of Lucifer. He pretends to be Lucifer and tries messing up his life. Michael’s motivation to ruin Lucifer’s earthly life comes from his jealously which all started when his siblings appreciated Lucifer’s sacrifice, believed that he has changed and become mature. Michael cannot take any praise of Lucifer and arrived on earth to launch his master plan which would change everything for Lucy and his closed loved ones.

Find Out If You Are Klaus Or Elijah From The Originals?

The first part has so many things going on. Mazikeen is mad at Lucifer for leaving her back on earth while he returned to hell. Michael takes the opportunity of planting the seeds of doubt in the minds of different characters. He manipulates Maze by telling her about her mother Lilith whom Lucifer had kept hidden from her. Later, we learn Lucifer did only because he gave his word to Lilith, but Mazikeen doesn’t care and join forces with Michael in the fight against Lucifer and Amenadiel.

The first episode of Season 5 starts with Lucifer being in hell, supervising the duties of hell. He takes an interest in the hell loop of Lee Garner. Meanwhile Chloe is investigating a homicide on Earth, the case crosses path with hell. Lucifer helps Chloe in providing the necessary clue necessary to break the case. He also helps Lee Garner in dealing with his guilt and moving past the hell loop.

The second part of Season 5 focused on God announcement of retirement and the fight among the angel siblings as to who is the rightful owner of the throne. The Michael group had a major support of the angels whereas Lucifer struggles to get angels to support him. Maze along with a handful of demons, Eve, Amenadiel, Chloe are on Lucifer’s side. But through their strategy, they manage to defeat Michael, but he kills Chloe who is at peace during her death and her soul goes to heaven. Lucifer who is banished from heaven goes to heaven to bring her back. He dies and gets resurrected in the process.

So Take This Quiz And See If You Can Name The Episode In Picture From The Lucifer Season 5?

Can You Name The Episode In Picture From The Lucifer Season 5?

Season 5 consisted of 5 episodes, some of them are really memorable episodes. Take this quiz to see how well can you recognize the episodes from Lucifer's Season 5 Part A. 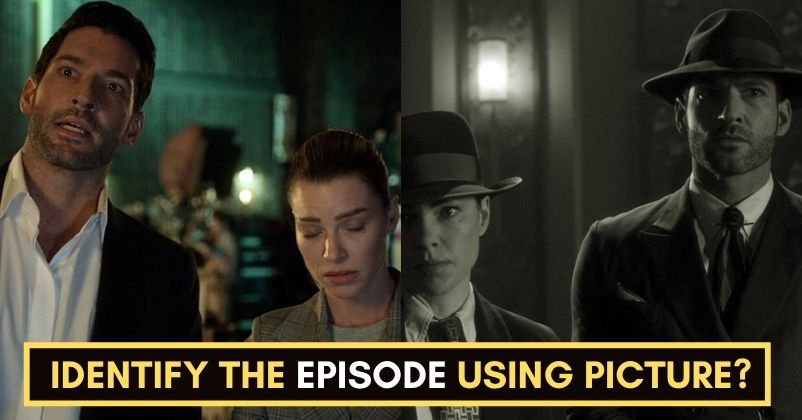 Only A True Stefan Salvatore Fan Can Complete These Quotes!

Are You Stelena Or Delena? Take This Quiz To Find Out

How Well Do You Know ‘The Vampire Diaries’ Jewellery?