Home TV Can You Recognize These Riverdale Characters By Just One Body Part?

Welcome back to Humor Nation. Almost everyone in the Riverdale is selfish and wouldn’t mind crossing a few limits for their own selfish gain, but there are some people who stand out. Some people who are truly evil and carried out some horrendous acts that brought out only pain and suffering to everyone. One such character is Black Hood who is responsible for numerous deaths. All of his victims were people who have committed some kind of sin, he believed he was punishing them and thus cleansing the town.

Earlier it was believe that the School’s janitor Joseph Svenson was behind the mask of Black Hood and when he was shot by Sheriff Keller, everyone thought that his reign of terror was over. But the Black Hood returned and he struck during the Carrie: The Musical where he showcased the body of Midge. Hal Cooper later revealed that he was the Black Hood and he was inspired from the Betty’s speech at the 75th Anniversary Jubliee. Hal wasn’t the only Black Hood running around, Tall Boy was another man who put on the mask and tried killing Fred, he was hired by Hiram Lodge.

Perhaps the most dangerous character on Riverdale is Penelope Blossom, the actual mastermind behind the Black Hood, and the one responsible for the entire G&G Fiasco. The Gargoyle king was also working for her. Penelope is actually a serial killer who have poisoned numerous men which involve her husband, her brother, and even Hal Cooper. She hid herself within the walls of the Thistlehouse to stay safe from the authorities. During this time, she made all the possible efforts to make Cheryl believe that she was losing it.

Can You Identify These Riverdale Characters By Just One Body Part?

Think you are a big fan of Riverdale? Think you know everything about the characters? Then take this quiz to identify your favorite Riverdale characters using only one body part. 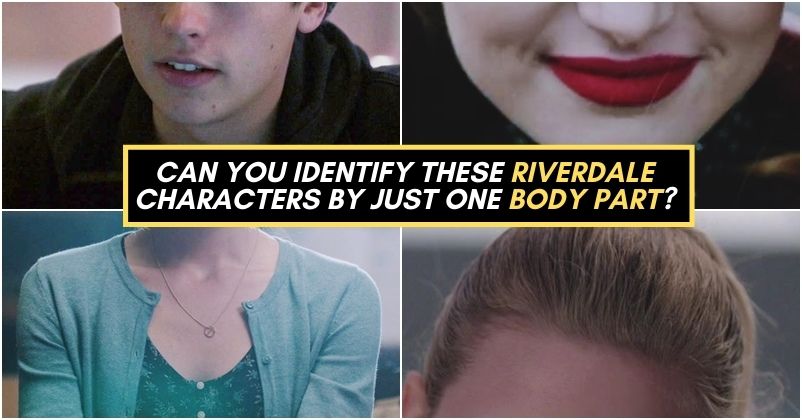 Find Out Who Is Your Lover And Bestie On Riverdale?

6 Interesting Facts About Lucifer That Even The Crazy Fans Don’t...