Welcome back to Humor Nation. Damon Salvatore might have started off as a villain, the elder brother of Stefan returned to Mystic Falls to make his brother’s life a misery. In his long life, he has done numerous things, some are good, some are bad, and some are ugly. It all started with Katherine Pierce, the beautiful girl who entered the lives of the Salvatores, both quickly fell in love with her. But her choosing Stefan over Damon enraged him.

Season 3 finale revealed to her something which was not known to any of the viewers. Elena chose Stefan over Damon, she let her know over the phone. Damon is hurt, but his maturity helps him in accepting the decision. When Damon reminisces about their past, it’s revealed that he met Elena much prior to Stefan. He encountered her on the road and initially mistook her for Katherine, the lover he was trying to free. Damon Salvatore tells Elena that she seeks a passionate love, a love full of adventure and danger, a love that will consume her. However, he then compels her to forget their encounter.

When Alaric dies in Damon’s hands, he realizes that Elena whose life was linked with Ric is also probably dead. He breaks down knowing the girl he loves is lost. However, at the Mystic Falls Hospital, Meredith reveals she had injected the vampire blood into Elena to heal her cerebral hemorrhage. Damon realizes that Elena had died with the vampire blood in her system and she will wake up in transition soon. Damon has compelled Elena a few times to forget certain encounters and moments between them. He might have appeared apathetic to Elena, but the truth is he was in love with her the moment he first saw her.

So Take This Quiz And Answer If Damon Salvatore Did It Or Not? Check Your TVD Knowledge!

Did Damon Salvatore Do It? Check Your Vampire Diaries Knowledge

In his long life, he has done numerous things, some are good, some are bad, and some are ugly. Take this quiz to test your knowledge of Damon Salvatore. 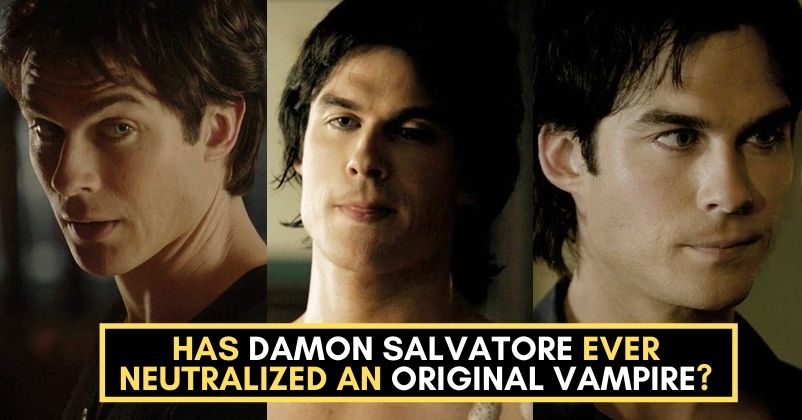