Home TV Did It Happen In The Vampire Diaries On In Teen Wolf? Quiz...

Welcome back to Humor Nation. The comparisons between Vampire Diaries and Teen Wolf can last eternity. Being similar in numerous aspects especially the fact that werewolf species has played a major role in both of these shows. While Scott McCall, the alpha werewolf is the lead protagonist of the Teen Wolf whereas TVD featured Tyler Lockwood, Jules, Mason, Hayley and numerous other werewolves throughout its run. But the most significant character is the hybrid Klaus Mikaelson who is part vampire and part werewolf. He debuted as an antagonist, a powerful villain who proved to be too much for our heroes. His popularity rose to the extent that there were more searches on Internet for him than the lead characters of the show. This is the reason the writers decided to switch his character from a villain to an anti-hero, and ultimately he left the show to focus on his own spin-off.

How Well Do You Know Klaus Mikaelson From The TVD Universe?

The Vampire Diaries edges Teen Wolf when it comes to the quality of the villains and the emotional impact of the deaths and heartbreaking scenes. Vampire Diaries featured the Originals as villains, then they had Silas, Katherine, Cade, Sybil, The Heretics, The Travelers, The Passengers, and numerous other groups and individuals who posed a big threat. While Teen Wolf also featured numerous foes ranging from the human hunters to the Supernatural creatures such as Nogitsune, but the McCall pack easily managed to beat them.

TVD featured numerous heartbreaking deaths throughout the eight seasons. While a few character found their way back to life, but there were many whose deaths became permanent such as the Vampire Rose, Lexi, the humans which includes Jenna Sommers. Their deaths played a major role in the progression of the storylines and helped the characters to develop further. Like the death of Rose showed a humane side of Damon Salvatore, it proved how despite the outward appearances, deep down he cares a lot.

Also, when it comes to the cliffhangers, TVD is the clear winner here. Every season of TVD left us wanting for much more. Whether it’s the arrival of Katherine or Elena dying in the car crash and waking up as a vampire, or Bonnie & Damon being transported to the Prison World as the Other Side crashes.

So Take This Quiz And Find Out If It Happened In TVD Or In Teen Wolf?

Did It Happen In The Vampire Diaries On In Teen Wolf? Quiz For Real Fans

Both the shows aired at the same time and gained immense popularity with the fans. Both shows are filled with numerous Supernatural beings and elements. Take this quiz to check your knowledge of both the shows to differentiate which thing happened in which show. 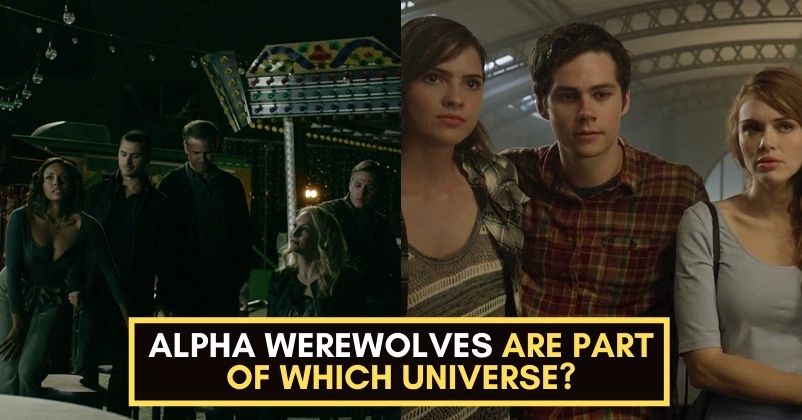 7 Unknown And Amazing Facts About The Originals!