Humor Nation Make The World Smile
Home TV Find Out If You Can be A SouthSide Serpent Or Not?

Welcome back to Humor Nation. Riverdale has various different groups One of the most interesting group is that of Southside Serpents. They are a group of criminals who are located in the south side of Riverdale. The group is led by FP Jones who is the dad of Jughead Jones. Southside Serpents can often be seen hanging out at the local bar called ‘Whyte Wyrm’. One can only become a member of this group after going through the initiation ceremony which consists of four different stages. These four tests check whether the candidate has the desirable qualities to be a SouthSide Serpent or not!

Who Is Your Riverdale Boyfriend: Archie Or Jughead?

After completing all the stages successfully, the candidate is accepted as a member of the group. These different stages test different qualities such as courage, loyalty, respect which are must in order to gain the membership of the group. A serpent must be willing to die for one another and must always stand together with the group. While these stages are for the male members. Females who want to become the Serpents have an alternate ceremony which consists of doing the ‘Serpent dance’.

So Take This Quiz And Find Out If You Can be A SouthSide Serpent Or Not?

Find Out If You Can be A SouthSide Serpent Or Not? 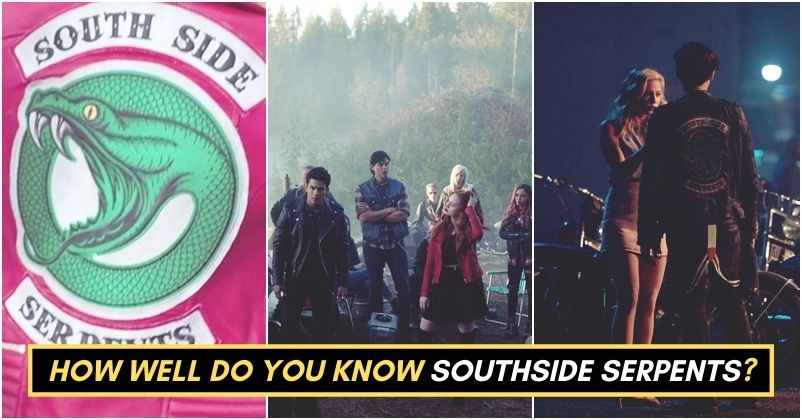