Home TV Guess The Originals Character By The Given Emojis!

Welcome back to Humor Nation. The Originals ran successfully for five years, over the course of five seasons, it introduced us to various new characters, concepts, and story-lines. The story-telling in Originals was far superior compared to TVD. The characters of the Mikaelsons such as Klaus, Elijah, Rebekah were explored in much detail, their character development have been amazing. They took us viewers on an emotional roller coaster ride as we get to learn about their origins, what made them the monsters they are, and ultimately their redemption.

One of the best thing about this show has been the eternal bond between the Mikaelson siblings, through out the show their promise of “Always and Forever” has been a recurring theme that has resonated in various different story-lines. Despite all their differences on the outside, the siblings always had each others’ back. Their family and bond is complicated, but it is pretty intense.

The theme of love is prominent in the show, even though the family love has been emphasized primarily. But we also got to witness various different relationships on the show. Some of them were unexpected, surprising, and were appreciated by the fans. Cami and Klaus’ relationship allowed us viewers to see a side of Klaus we never saw, he’s not just a tyrant, but a person who’s full of insecurities and seeks love, but too afraid to seek it. Cami played a crucial role in the character development of Klaus Mikaelson. The relationship between Hayley and Elijah was also unpredictable, but it’s one of the best romances in the TVD Universe. Unfortunately, both of them met a tragic fate and we never got to see them walking into the sunset together.

So Take This Quiz And Guess The Originals Character By Emojis!

Guess The Originals Character By Emojis!

Take this quiz and test your knowledge about the Originals characters by identifying them using emojis. 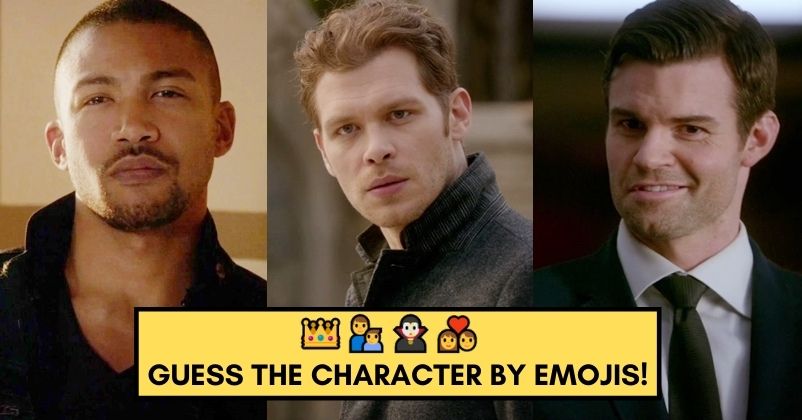 How Well Do You Know The Songs From Originals Finales?

How Well Do You Know Hayley Marshall From The TVD Universe?