Home TV How Well Do You Know Castiel From Supernatural?

Welcome back to Humor Nation. Castiel made his first appearance in the fourth season of the Supernatural. We were introduced to the demons in Season 1, but the first angel the show introduced was Castiel. God tasked him with raising Dean Winchester from hell. Dean who made a deal with the crossroad demon in Season 2 to resurrect the dead Sam, he was given only a year before the hellbounds would arrive to collect his soul. The angels were tasked to prevent the rising of Lucifer and stop Lilith from breaking the 66 seals which would free the devil. Castiel and Winchesters found it hard at first to work together, but eventually they got along. The angel also learned that the other angels don’t really want to prevent the Lucifer raising, they are preparing for a celestial war which will be fought between Michael and Lucifer. Cas would rebel against his own brothers and would support the Winchesters, eventually dying in the process. But he would be brought back to life by God again to aid the Winchesters.

Along with Bobby, Team Free Will fought Lucifer who managed to kill Castiel and Bobby with ease, Lucifer possessing Sam almost killed Dean before the soul of Sam takes the driver’s seat and jumps into the cage, thus sacrificing himself. God would again resurrect Cas, but this time as a Seraph angel, with new abilities and powers. With Michael and Lucifer trapped in the cage, a leadership vacuum is created in heaven, Raphael tries to take over and plans to restart the apocalypse. Castiel attempts to stop Raphael, being overpowered he turns to Crowley for help without informing the Winchesters. Crowley betrays Cas and teams up with Raphel. But Cas ends up absorbing the millions of soul from Purgatory and becomes almost like a God, he ends Raphael with a snap of his fingers.

With this new power, he starts believing himself to be the new God. But his vessel starts rotting out due to its inability to contain the power of the souls. After Dean convinces him to release the souls back to Purgatory, he agrees, but the Leviathans present inside him takes control of him, and escapes into the world. The Winchesters believe Castiel to be dead, but he is yet again resurrected by God. This time he has forgotten his past memories and only retrieves them back when Dean comes along.

So Take This Quiz And Find Out How Well Do You Know Castiel From Supernatural?

How Well Do You Know Castiel From Supernatural?

He is the angel of the lord, the celestial being who became a brother to the Winchesters and fought alongside them against all kinds of evils. 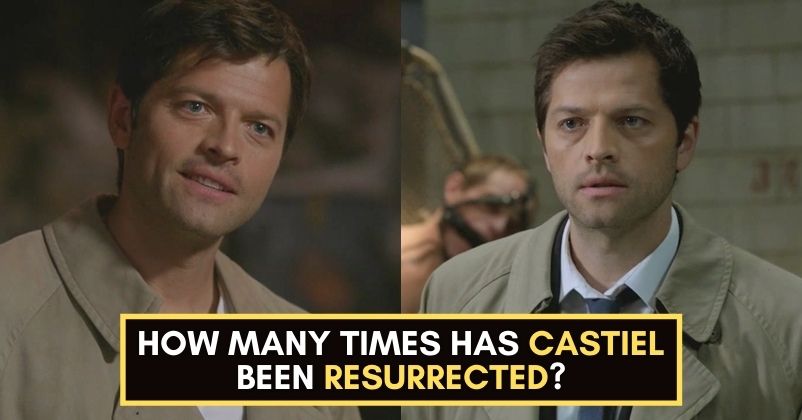 Find Out Which Couple Are You From The Originals?

Which Female Character From The Originals Are You?