Welcome back to Humor Nation. Linda Martin is a psychiatrist who resides in Los Angeles and is a central character on the show. She is the therapist of Lucifer and the king of Hell continuously seeks counsel from her on various issues, ranging from his parental issues to his relationship development with Chloe Decker. Even though Lucifer never clearly admits the issues, but presents them using the biblical metaphors and often times takes Linda’s suggestion in the opposite way. In Season 2, Lucifer revealed her true devil face to Linda which shocked her. But after a time of processing and the realization, she accepted Lucifer and continued her professional relationship with him. She is the first human to became aware about the existence of divinity.

Linda developed a close relationship Amenadiel too, with whom she have had a child. She first met him Season 1 where he pretended to be a therapist in order to spy on his brother Lucifer. But later, he apologized for his actions and they became friends. Amenadiel comforted Linda after the death of her husband and they grew closer. The two started dating in Season 3, but they keep it secret from Maze. When Maze finds out, they decide to end their relationship. However, the resume it again and in Season 4, it is discovered that Linda is pregnant with Amenadiel’s baby.

Apart from being the mother of the half-angel Charlie, Linda also gave birth to a daughter when she was 17 years old. Since, she was a teenager and wasn’t ready to be the mother, the child was given for adoption. She has gone to the medical school and then studied Psychiatry.

Dr. Linda Martin has written a book about her therapy sessions with Lucifer. She still couldn’t decide the ending so he gave a fanfiction like ending which involved Lucifer becoming the new God. But Lucifer learned a lot from her, in the end, he himself started therapy sessions in hell. Lucifer believed hell doesn’t need a warden, but a healer who would help the people overcome their demons, move past their guilt. After all, the devil had plenty of insecurities and issues which he overcame with the help of Linda’s therapy. While departing, Lucifer told Linda how significant she is to the world.

So Take This Quiz And Find Out How Well Do You Know Dr. Linda Martin From Lucifer?

How Well Do You Know Dr. Linda Martin From Lucifer?

Linda Martin is a psychiatrist who resides in Los Angeles and is a central character on the show. Take this quiz to test your knowledge of Linda Martin. 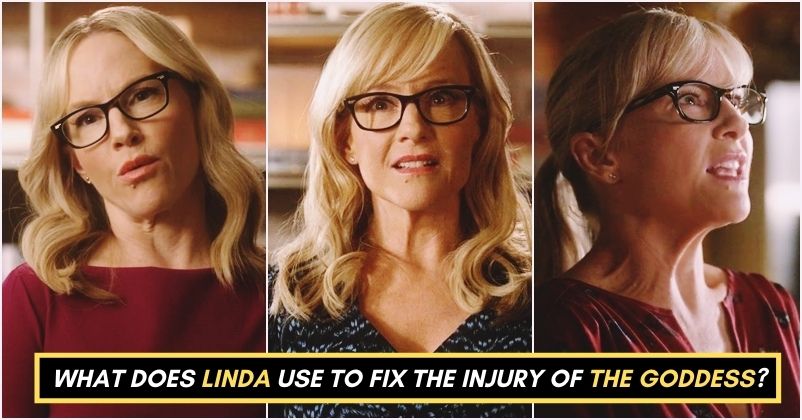