Welcome back to Humor Nation. Season 5 of Lucifer has been perhaps the best season of the show so far. The season finally introduced us to the God, we have been waiting for him since season 1. He is the co-creator of the Universe, the father of all the archangels. Throughout the five seasons, he made numerous events happen in order to help Lucifer redeem himself and it worked to an extent. This was the first time he returned since his created everything over thousands of years ago. But when Michael arrived on earth and caused a chaos in the life of Lucifer, the archangel brothers were ready to go full nuclear, it forced him to arrive and intervene.

How Well Do You Know Lucifer’s Finale ‘A Chance At A Happy Ending’?

As Season 5 progresses, we learn that God becomes convinced that he is losing a grip on his powers and it’s time for him to retire. He decides that one of his children would become his successor. Amenadiel soon realizes that it was Michael who implanted a doubt in his father’s mind about losing the control on his powers. He tries convincing his father to stay as God and not retire. In order to give him a retirement gift, Lucifer make arrangements for the Goddess to return for the reunion. He is moved meeting his love after eons. The departing God admits to Lucifer he has been a terrible father and tells him that he loves him and is very proud of the man he is turned out to be.

God decides to spend his retirement with Goddess in the alternate universe. He tells his sons that it’s up to them to figure out who will be his successor. All the archangels divide into the two factions, majority joining Michael who has the flaming sword and Lucifer being outnumbered. But with proper strategy, he manages to defeat Michael and ultimately become the new God.

How Well Do You Know The God From Lucifer?

Season 5 finally introduced us to the God, we have been waiting for him since season 1. Take this quiz to test your knowledge of the God. 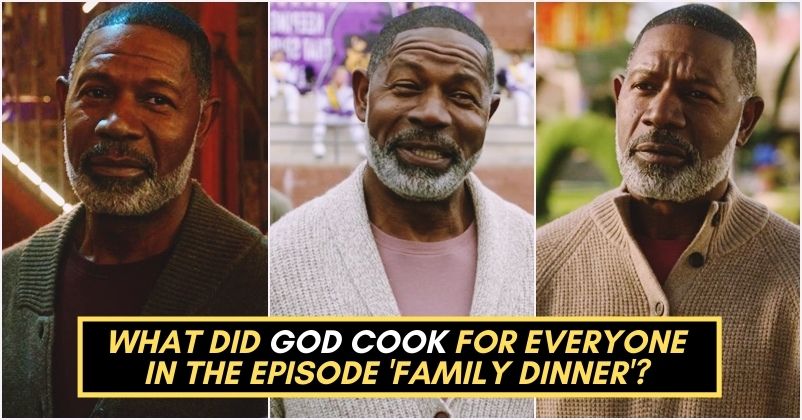