Humor Nation Make The World Smile
Home TV How Much Do You Know About The Casting & Storyline Decisions Of...

Welcome back to Humor Nation. The Vampire Diaries which is based on the popular novels of the same name written by L.J. Smith is without a doubt one of the most successful and popular supernatural TV series of all times. Despite being based on the novels, the show made numerous changes from the books, and managed to enjoy a successful eight year run and a total of 171 episodes. But there are many interesting and unknown facts related to the casting and storyline of the show that even the most die-hard fans might not be aware of.

How Well Do You Know The Afterlife In The Vampire Diaries?

Elena Gilbert, a central character in the show and most of the show’s story revolved around her. Nina Dobrev did a fabulous job in portraying the teenager. But did you know Nina Dobrev wasn’t the creators’ original choice for the role. The network wanted Ashlee Simpson for the role. Not only Jessica Simpson’s younger sister was approached, the Disney actress Ashley Tisdale was also approached for the audition, but the actress declined. Imagine someone else playing Elena.

Another interesting thing to note that Nina Dobrev’s first audition was plain awful. Her audition was extremely bad that the creators forgot about her. Julie revealed that they didn’t even remember Nina Dobrev. But luckily the actress got a second chance and sent a tape for audition. When the creators saw the tape they were very impressed with her and believed she would justify the role perfectly. Also many characters were not only planned to last as long as they did. Klaus Mikaelson’s character was supposed to die in Season 3, but the creators were amazed by the reception of the character and performance of Joseph that they decided to explore more of the Mikaelsons’ storyline.

So Take This Quiz And Find Out How Much Do You Know About The Casting & Storyline Decisions Of TVD?

How Much Do You Know About The Casting & Storyline Decisions Of TVD?

There are many interesting and unknown facts related to the casting and storyline of the show that even the most die-hard fans might not be aware of. Take this quiz to test your knowledge. 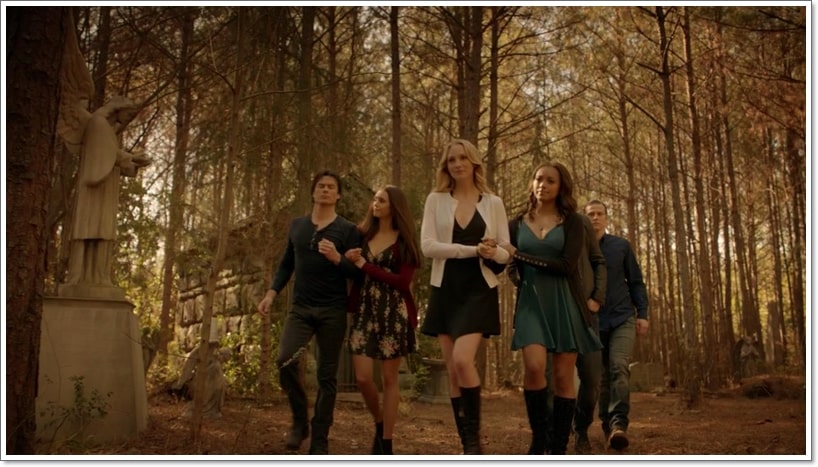