Home TV How Well Do You Know About The Sins Of Klaus Mikaelson?

Welcome back to Humor Nation. While Klaus Mikaelson is the hero on the Originals, it is his story of redemption, how he becomes a better man. But he is without a doubt the evilest character in the TVD. His actions were nothing sort of horrible. When we were first introduced to him on TVD, we knew he wasn’t just another vampire villain. But little did we know that he was truly a monster. A bad guy who won’t hesitate from doing the unspeakable when the time comes. Klaus had no remorse or mercy, he was truly ruthless in his quest to acquire power and supremacy. He is also without a doubt the best villain in TVD history right there with Katherine Pierce.

How Well Do You Remember The Nicknames From The Originals?

While villains are known to do the bad things, but what Klaus has done is really awful. Worse part is that he took pleasure in doing such things, in causing pain to others. He didn’t care who it was, if you crossed his path, he made it sure that you suffer his rage.

While you must think that he’d do the bad things to his enemies, but here’s where you are wrong. He has hurt his siblings too in the worst way possible. Whenever he felt betrayed or abandoned by his siblings, he would dagger them. He didn’t care about what his siblings would want, he only cared about his self interests. He left Finn daggered for over 900 years just because they were not on the same page. Elijah and Rebekah who have stood by his side for so long, he even daggered them at times. Not to forget that Klaus has killed the love interests of Rebekah and Elijah numerous times.

So Take This Quiz And Find Out How Well Do You Know About The Sins Of Klaus Mikaelson?

How Well Do You Know About The Sins Of Klaus Mikaelson?

Even though Klaus was a hero of his story on the Originals, but in his long lifetime he has done plenty of things that makes him a villain in others' lives. Take this quiz to test your knowledge of Klaus Mikaelson? 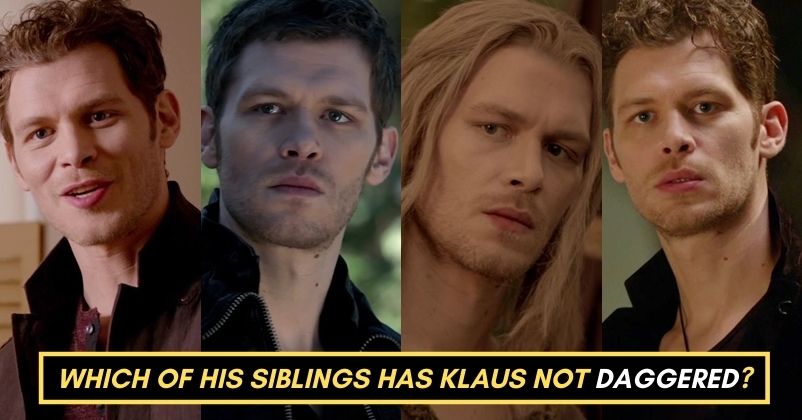 How Well Do You Know The Cast Of Lucifer?

6 Interesting Facts About The Supernatural Cast That The Fans Don’t...

6 Interesting Facts About Hayley Marshall That The Fans Might Not...

Would You Survive In Riverdale? Take The Quiz And Find Out