Humor Nation Make The World Smile
Home TV How Well Do You Know Baby From Supernatural?

Welcome back to Humor Nation. The 1967 Chevrolet Impala is popularly known as the ‘Baby’ on the Supernatural. It is no less than a supporting character and is one of the few characters who has made appearances in nearly all the episodes since the beginning. This vehicle has a unique history attached to it and played a significant role in the storylines. The Impala was passed to Dean Winchester from his father John Winchester. Dean would affectionately address it as ‘Baby’ and treat it like it’s his partner (which in a way the car was). The car has served various useful purposes. The legend of the Winchesters is incomplete without the Impala. Both Sam and Dean Winchester have traveled all across the country in this car.

Not only is it a reliable vehicle, but it is a very smart vehicle. It has a spacious trunk that can contain numerous types of tools that comes in handy for the boys. The boys store all the necessary stuff that they require in battle with the Supernatural beings in the trunk of the Impala. Dean can be very protective of the Impala. He treats it like it’s a member of his family and doesn’t let anyone else drive the car. Whereas Sam got possession of the Impala in the absence of the Dean.

How Well Do You Know Crowley From Supernatural?

The Impala has been destroyed a couple of times in Supernatural History, but it was always rebuilt, stronger than ever. In the Season 5 finale ‘Swan Song’, if it wasn’t for Impala, the Winchesters would not have prevented the apocalypse. When Lucifer possessed Sam was beating up Dean, remember that Lucifer had managed to lock up the consciousness of Sam Winchester. But when Sam saw the toy army man, his consciousness took hold and managed to overpower the archangel Lucifer. There are plenty of memorable moments attached to the Impala, it has taken us all on an adventurous ride.

Interestingly we learn that when Dean time traveled back to the year 1973, it was he who convinced the young John Winchester (his father) to go for Impala. Eventually, John purchased the car and it was handed over to Dean in the subsequent years. All the Winchesters have displayed a fondness for Impala. In the Season 1 finale, Impala was destroyed when a demon crashed the car due to which Sam, Dean, and John landed in the hospital. In Season 2, Dean rebuilds the Impala right from the scratch. In Season 7, they crashed the Impala to enter into the building to put an end to the Leviathans.

In the final episode ‘Carry On’, we see Dean who finally met his ultimate demise and has arrived in heaven where he comes across the Impala. He keeps driving it as the song ‘Carry On My Wayward Son’ plays in the background, he is reunited with Sam at the same location where we saw the brothers in the pilot episode.

So Take This Quiz And Find Out How Well Do You Know Baby From Supernatural?

How Well Do You Know Baby From Supernatural?

The '67 Chevy Impala known as Baby has stuck with the Winchesters through their happiest and saddest times like a loyal partner. Take this quiz and find out just how well do you know her? 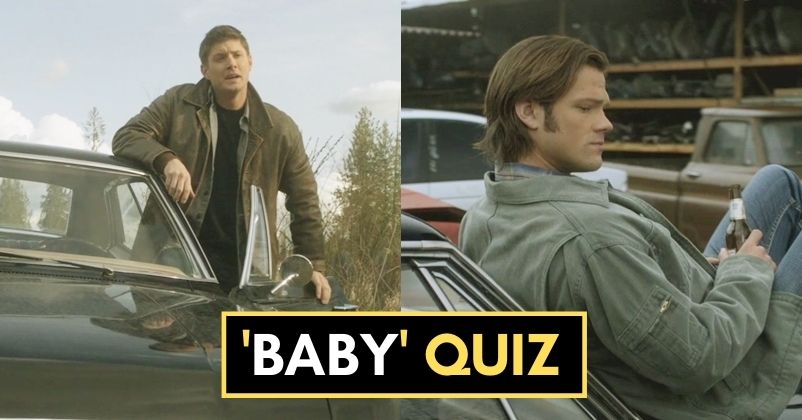