Humor Nation Make The World Smile
Home TV How Well Do You Know Bamon From The Vampire Diaries?

Welcome back to Humor Nation. This is one of the unexpected friendships that happened in the The Vampire Diaries. Nobody saw it coming even though Damon Salvatore and Bonnie Bennett were lovers in the book, but the TV adaptation showcased them differently. Bonnie first saw Damon in the third episode of TVD, however it was the episode titled Haunted where their first interaction took place. Damon needed the Bennett Talisman in order to open the tomb in which he believed Katherine was trapped for more than a century. Bonnie was in the possession of the talisman. She didn’t like Damon at all and blamed him for all the bad things that have happened to her friends in Mystic Falls. However, as the show progressed, they were forced to work together. The TVD fans have given the name Bamon to the pairing/relationship of Bonnie and Damon.

How Well Do You Know Bonnie Bennett From The Vampire Diaries?

Bonnie didn’t like the vibe of Damon and after learning that he is a vampire, she started hating him. Even though their friendship developed deeply only during the sixth season of the show. But there have been moments when they put aside their differences and worked together for the greater goal. They managed to capture Mason, they tricked Klaus in thinking Bonnie is dead, and also took down Kai Parker.

In Season 6, when Kai linked Damon’s love Elena with Bonnie using a spell that would place Elena in a magical coma as long as Bonnie is alive. Damon had the chance to let Bonnie die due to her injuries and this would bring Elena back to life. However, Damon chose Bonnie’s life, instead of Elena. When they were trapped in the prison world, they made a pact with each other that if they can no longer survive being trapped in the prison world then they would drink the oldest bourbon and would kill themselves to set free.

Their friendship became so deep that when Damon learned that Bonnie died in order to save Jeremy, he was devastated. They spent almost four months together in the prison world, Bonnie gave up her chance to return in order to send back Damon home. It was Damon who became the reason why Bonnie got her magic back in the Prison World, to save him.

So Take This Quiz And Find Out How Well Do You Know Bamon From The Vampire Diaries?

Bamon refers to the sibling like relationship between the vampire Damon Salvatore and the witch Bonnie Bennett. At the beginning of TVD, Bonnie hated Damon, but as the show progressed, the two came closer. The friendship between Damon and Bonnie is one of the best on the show. Take this quiz to test your knowledge of Bamon. 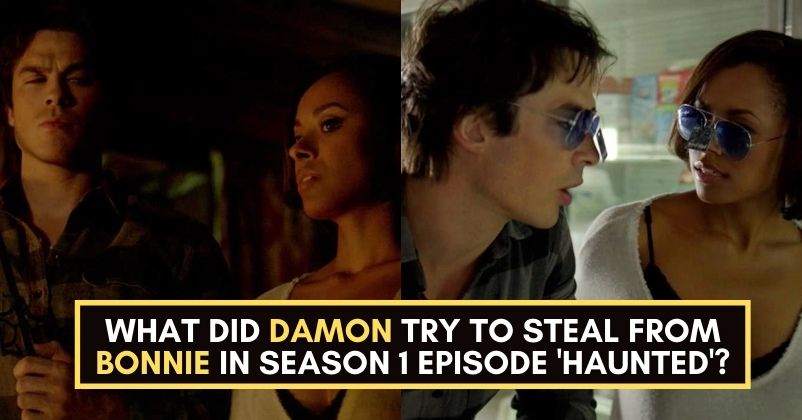