Humor Nation Make The World Smile
Home TV How Well Do You Know Caroline Forbes From The TVD Universe?

Welcome back to Humor Nation. In the Season 1 of the Vampire Diaries, we are introduced to a variety of the characters who would go on to become an integral part of the long journey. One such character was Caroline Forbes. Right from the beginning, it felt like Caroline Forbes was trying too hard and was somewhat envious of Elena, trying to steal all the attention. Of course, this is how Caroline Forbes was before she transformed into a vampire. She was the popular girl of her school who took proud in being the leader and organizer of the events. Even though she exerted an aura of confidence and pride, but deep down she suffered from neurosis, she was quite insecure and lacked belief in herself. She always felt second to Elena because every guy she liked and wanted to be with, ended up choosing Elena over her. Even though Elena was her best friend, but she felt competing with her.

How Well Do You Know The Episode Names Of ‘The Originals’?

In the pilot episode, Caroline approached Stefan and tried flirting with him, but he ended up insulting her and rejected her advances, he displayed an interest in Elena. Caroline then became attracted to Damon Salvatore who had returned to Mystic Falls, while Damon reciprocated, but it was all an act in order to use Caroline to attain his goals. He started feeding off on her and compelled her to forget, Elena would ultimately notice the bite marks on Caroline’s neck and told Damon to back off from her.

When a person becomes a vampire, their basic and core personality traits are amplified, if a person is emotional then he’d experience the emotionality ten times stronger after becoming a vampire. After Caroline died with Damon’s blood in her system, she transitioned, but she was overcame with her hunger for blood, and ended up killing a human. She felt very guilty about what she did, but was helped by Stefan in adjusting to her new life. He taught her how to survive without killing anyone. An interesting fact is that she is perhaps the only vampire in the system who has the least kill count and has a superior control over the vampiric impulses.

So Take A Look At How Well Do You Know Caroline Forbes From The TVD Universe?

How Well Do You Know Caroline Forbes From The TVD Universe?

Think you are a crazy passionate fan of Caroline Forbes? Then take this quiz and put your knowledge to test! 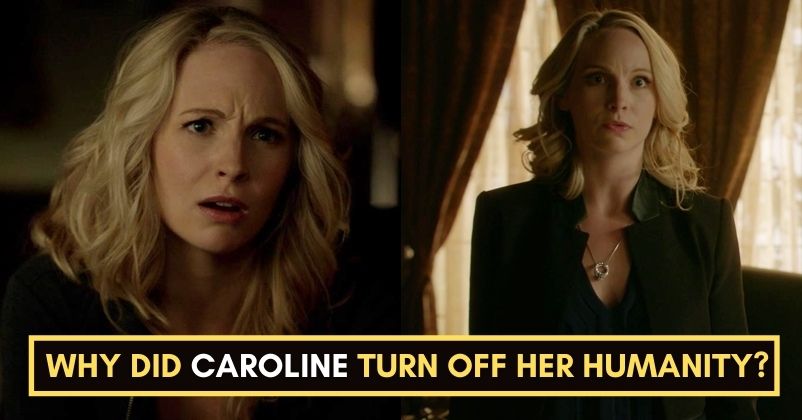