Humor Nation Make The World Smile
Home TV How Well Do You Know Crowley From Supernatural?

Welcome back to Humor Nation. Azazel was the loyal servant of the archangel and the king of the underworld Lucifer. After the celestial war, when Lucifer was trapped in the cage, Azazel took it upon himself to free Lucifer by breaking all the seals and planned on making an army that would aid Lucifer in his battle against heaven after being freed from the cage. This is the reason why Azazel fed his demonic blood to certain children which granted them the psychic abilities. Although Lucifer was freed from the cage which many demons rejoiced. But there were some who felt Lucifer’s return only brings chaos in the organization of the underworld. Crowley was one such demon who saw Lucifer’s ascension to the throne as a major inconvenience and therefore he decided to assist the Winchesters. He believed Sam and Dean Winchester are the best bets at defeating Lucifer.

How Well Do You Know The Characters Of Supernatural?

Crowley provided the Colt to the Winchesters. But little did he know the Colt cannot eliminate only five things in creation. Unfortunately, it included the archangel Lucifer as a result of which the boys miscalculated what they were walking into. Crowley would vanish and go into the hiding until Lucifer was sent back into the cage, thanks to the brave sacrifice of Sam Winchester in the Swan Song finale. Crowley struck a deal with the remaining Knights of Hell such as Remiel that he would take the throne, to which nobody objected.

In Season 6, Crowley struck a surprising alliance with Castiel who again due to his too-good intentions ended up choosing the wrong path. He enlisted Crowley’s help to locate Purgatory, an unlimited supply of souls that Castiel could use to power himself up and fight the archangel, Raphael. However, the boys became aware of the ulterior motives of Castiel who manipulated and deceived them. In the Season 6 finale, Castiel ends up becoming the new god after he absorbs all the souls of Purgatory within himself and eliminates Raphael with a snap of his fingers. However, Castiel ends up unleashing the ancient beasts who then threaten everything in Season 7.

The king of the Crossroads becomes the major antagonist of Season 8 when Sam decides to seal the gates of the hell forever. Crowley ends up harming the close contacts of the Winchesters, but he is taken captive by the Winchesters. Sam Winchester nearly managed to cure Crowley in Season 8 finale, but Dean stops Sam from completing the trials because it would had claimed his life.

In Seasons 9-12, Crowley’s character undergoes a transformation and he becomes an ally of the Winchester, taking up the supporting role and joining forces with Team Free Will. Crowley fights alongside God, Lucifer, Rowena, and the Winchesters to take down the Darkness AKA Amara. Out of both the Winchester brothers, Crowley has displayed a favorite for Dean. Both of them share good chemistry and teamed up together on numerous occasions. In Season 12 finale, Crowley sacrifices himself to take down Lucifer. There was plenty of drama that happened behind the scenes as Mark Sheppard felt that the writers had nothing for his character and the actions that his character did, didn’t make any sense. Mark publicly stated that he would never return to Supernatural ever again.

So Take This Quiz And Find Out How Well Do You Know Crowley From Supernatural?

How Well Do You Know Crowley From Supernatural?

Are you a fan of Supernatural? Do you think you know almost everything about all the characters? Take this quiz to put your knowledge about the King of Hell Crowley to test. 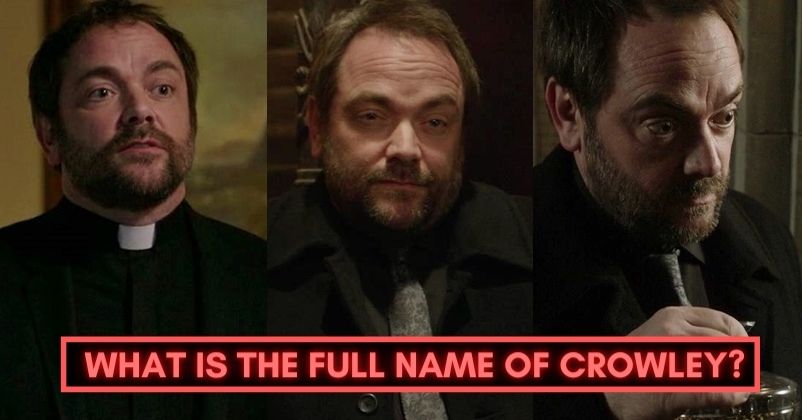