Humor Nation Make The World Smile
Home TV How Well Do You Know Damon/Katherine Relationship AKA Datherine From TVD?

Welcome back to Humor Nation. One of the significant relationships that played a major role in setting the various events in motion is between Damon Salvatore and Katherine Pierce, a relationship popularly known as Datherine. Even though their relationship has always been complicated ever since they first met in 1864. During this time Damon who was serving in the Confederate army and he fell deeply in love with the the lady named Katherine who had arrived to stay in the Salvatore estate. Damon was unaware of the fact that Katherine was also seeing his younger brother Stefan. This jealously is what set the long rivalry between the Salvatores.

Toughest Elena Gilbert Quiz That Even The Salvatores Would Fail

Katherine had fed blood to both the Salvatores for her selfish motive. When the Founder’s council became aware of the existence of vampires, they started eliminating them, this put Katherine’s life to a big risk. Both the Salvatore brothers tried rescuing her, but were shot by their father who unintentionally had caused their transition. Damon Salvatore had spent years obsessed with the idea of freeing Katherine from the tomb, but it was only later found out that Katherine had already escaped and wasn’t there in the first place.

When both the brothers were shot, Katherine said to Stefan that she loved him and promises they will be reunited again. But she doesn’t care the fact that Damon is also shot and whether they will ever meet again or not. Katherine has made it clear few times that she always preferred Stefan over Damon. In Season 2, Katherine seduced him and told him she never loved him. This has made Damon to resent her and his feelings for her then shifted to Elena who is her doppelganger and also felt attracted towards Damon.

So Take This Quiz And Find Out How Well Do You Know Damon/Katherine Relationship AKA Datherine From TVD?

How Well Do You Know Damon/Katherine Relationship AKA Datherine From TVD?

One of the significant relationships that played a major role in setting the various events in motion is between Damon Salvatore and Katherine Pierce. Take this quiz to test your knowledge of Datherine. 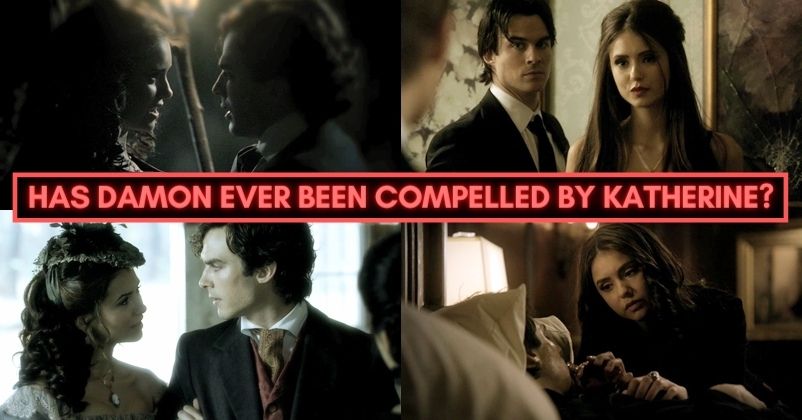