Humor Nation Make The World Smile
Home TV How Well Do You Know Damon Salvatore’s Storyline From The Vampire Diaries?

Welcome back to Humor Nation. Damon Salvatore is a non-Original vampire, but due to his experience in the combat, he is a pretty powerful vampire. We have seen him hold his ground against an Original. Compared to his brother Stefan, he is far more superior in terms of strength as he consumes human blood. He easily overpowered and defeated Stefan when they faced each other off in the pilot episode.

Find Out Who Is Your Lover, BFF, And Enemy From The Originals?

The story of Vampire Diaries started when the Salvatores were turned into vampires by Katherine Pierce who both of them loved dearly. She chose Stefan over Damon, but that didn’t stop Damon from loving her back. The main reason of Damon’s return to Mystic Falls was to free his Sire Katherine, but in reality, she was never trapped in the tomb. She got free a long time ago and didn’t contact Damon. But when Damon saw Elena, a lookalike of Katherine, he got attracted to her, and decided to pursue her. Even though Elena was dating his brother Stefan.

During the 50’s, he was captured by the notorious Augustines who tortured on him. The main purpose of the Augustine Society was to experiment on the vampires and supernatural beings for a greater purpose. Damon became friends with Enzo while being in the captivity, the two planned to escape together, however the plan was failed as Damon was able to break free Enzo of the vervain coated bars. He had to switch off his humanity in order to deal with the guilt and loss of his friend. Unknown to him, Enzo didn’t die in the fire and would meet him later.

In Season 5 of the Vampire Diaries, Damon would come across his long lost friend Enzo. However, he would also cross paths with the Whitemore Family who turned him into a ripper using a virus. With the efforts of his brother Stefan and best friend Enzo, Damon was able to be restored to the normal state. He would eventually sacrifice his life in order to save his loved ones. With the collapse of the Other Side, Damon and Bonnie would find themselves trapped in a Prison World where they work together and develop a bond.

So Take This Quiz And Find Out How Well Do You Know Damon Salvatore Storyline From The Vampire Diaries?

How Well Do You Know Damon Salvatore Storyline From The Vampire Diaries?

He started as a villain, but slowly became the most beloved character due to his charm and humor. Take this quiz to test your knowledge of Damon Salvatore. 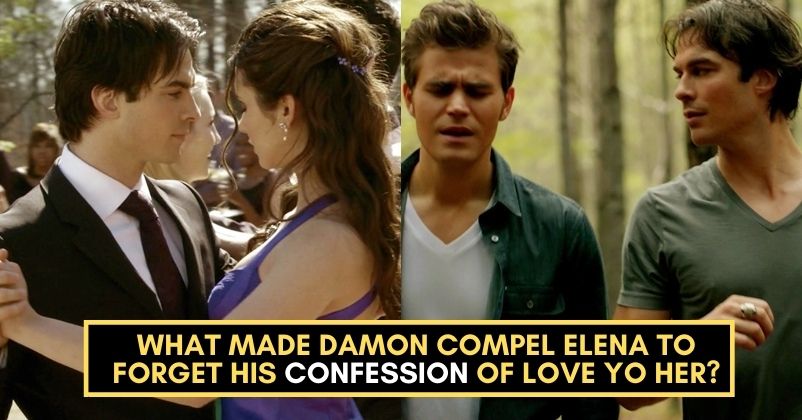