Home TV How Well Do You Know Elijah Mikaelson?

Hello Readers! Welcome back to Humor Nation. Elijah Mikaelson is the third child of Esther and Mikael. He was born in the area which later became Mystic Falls after his parents fled from Europe after the supposed death of his sister Freya who was thought to be dead from the plague. During that time, Elijah was pregnant with Elijah. It was later revealed that Esther lied to the rest of the family about the death of Freya. Freya was actually taken by Dahlia who take her as a payment for performing the fertility spell.

The lost of his first child really affected Mikael and made him hardened. He became a very strict father and all the children feared him. Elijah was close to all siblings except Finn who couldn’t recover from the loss of Freya. Elijah Mikaelson was the closest to Rebekah and Klaus. Klaus would often carve figurines for Rebekah and Elijah. Mikael was really hard on Klaus because he saw him as weak. Elijah would often help his brother and complement him whenever he tried something new. But Mikael would punish Klaus in the name of Strengthening him.

Elijah made his first appearance in the Vampire Diaries when two vampires named Trevor and Rose used Elena in order to bargain with Elijah to pardon them so that they could stop running from the Originals.

So Take This Quiz And Find Out How Well Do You Know Elijah Mikaelson?

First made his appearance in The Vampire Diaries as a villain, but later on became a supporting character. He is an Original, the kind one, the one with the style. 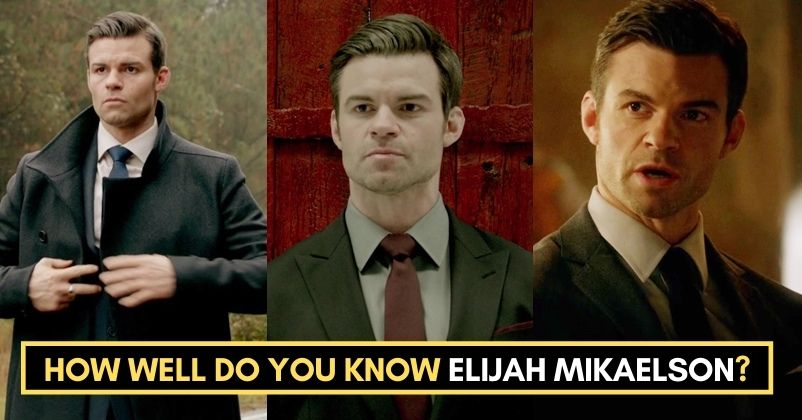 Just How Popular Are Your Vampire Diaries Opinions?

Do You Belong In The Mystic Falls Gang Or In Mikaelson Family?

Which Villain From The TVD Universe Will You End Up Marrying?

Which Character Would You End Up Marrying From Lucifer?

TVD Quiz: How Well Do You Remember Jeremy Gilbert?

Find Out Which Angel From ‘Lucifer’ Are You Actually?

Find Out If You Belong In The Mikaelson Family Or Not?