Hello Readers! Welcome back to Humor Nation. We were first introduced to the character of Isaac Lahey in the second season of the Teen Wolf. The newly became Alpha werewolf Derek Hale approached him and let him know that he is building a pack. Isaac was interested in becoming a member of the pack so he let Derek give him the bite which turned him into a Beta werewolf. He remained a member of the Hale pack for the entire Season 2 and in Season 3, the Hale pack joined forced with the McCall and fought various kinds of enemies such as the Kanima, the Alpha Pack, and the Argent Hunters.

How Well Do You Know Malia Tate From Teen Wolf?

After losing his close friends Erica and Vernon, Isaac began distancing himself from Derek and became close with Scott whose McCall pack welcomed him with open arms. Derek Hale has been his guardian ever since his father threw him out to protect himself from the Alpha pack. However, he formally joined the McCall pack when Derek gave up his powers to save his sister. Now he was left without an Alpha so became the beta in the Scott’s pack and fought against the Nogitsune who had possessed Stiles. During this season, he also developed a relationship with the hunter Allison Argent.

Allison had assisted Scott and the pack in saving Isaac from being hunted by an Argent Hunter. Initially, they were enemies due to being members of the different packs. Their relationship worsened when Allison who was manipulated in fighting the werewolves after losing her mother attacked Isaac and Derek. But they started growing close to each other in Season 3A. By the midseason finale, it became clear that they had romantic feelings for each other. But things were complicated as Isaac was part of the Scott’s pack, Scott who was his alpha and the ex-boyfriend of Allison.

They explored their romantic relationship in Season 3B. However, tragedy struck when during a battle, Oni was about to kill Isaac, but Allison stepped in to save her. This allowed another Oni to stab and kill her. Isaac was so devastated that he decided to leave Beacon Hills after that. He left for France with Chris Argent, and since then he has not returned back to Beacon Hills.

So Take This Quiz And Find Out How Well Do You Know Isaac From Teen Wolf?

How Well Do You Know Isaac Lahey From Teen Wolf?

So you think you are a big fan of Teen Wolf and you have the complete knowledge about all the characters? Take this quiz to find out how much do you really know about this cute, funny, and interesting Issac. 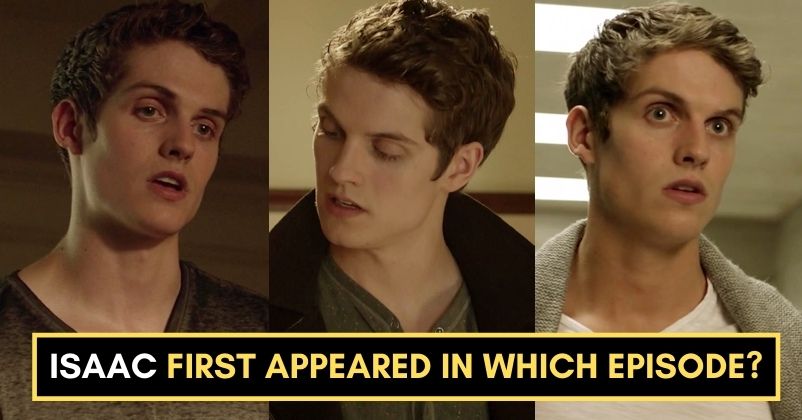