Welcome back to Humor Nation. The story of Riverdale starts with the tragedy of Jason Blossom, the twin brother of Cheryl Blossom, who was found dead under some mysterious circumstances. He fell from a boat into the sweetwater River on the date of 4 July and was presumed date. Along with his twin sister Cheryl, he grew up in Riverdale and was involved in a relationship with Polly, sister of Betty Cooper. On 4 July, Cheryl and him drove out to the Sweetwater River on a boat at dawn. Cheryl told the authorities that she dropped her glove in the water and Jason tried retrieving it which resulted in the tipping of the boat, and he drowned.

Sheriff Keller started an investigation to find out the real killer of Jason. The autopsy of him led him to Cheryl who revealed the shocking fact that Jason Blossom didn’t actually die on 4 July. Cheryl Blossom revealed that her brother wanted to leave the town of Riverdale and never return back. She helped him by coming up with a plan which would make their parents not go looking for Jason. She revealed that they actually reached Greendale in the boat and her brother then left saying that he would contact her in a month.

Not enough information is available about Jason’s personality apart from what can be deduced through his interactions with other characters on Riverdale. He bullied Jughead from time to time. But according to Cheryl, he was the best brother one could ever have.

So Take The Quiz And Find Out How Well Do You Know Jason Blossom From Riverdale?

How Well Do You Know Jason Blossom From Riverdale?

So you think you are a big fan of Riverdale and remember every tiny detail about all the characters? Take this quiz and check your knowledge about the character of Jason Blossom.

This is a quiz about Jason Blossom. WARNING: CONTAINS SPOILERS! You have been warned 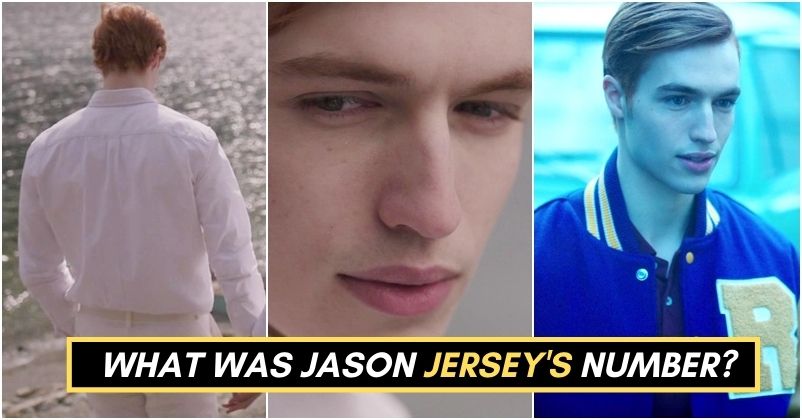