Welcome back to Humor Nation. The story of the entire Supernatural started with John Winchester who lost his beloved wife Mary Winchester in the pilot episode of the show to the yellow eyed demon. After losing Mary, John was completely heartbroken and became obsessed with the Supernatural world, he earned and studied, becoming aware about the unknown. He spent his remaining life in the search of the yellow eyed demon Azazel who was responsible for the demise of Mary. In the process, John raised his sons Dean and Sam as hunters, teaching them how to hunt and fight the monsters.

The story of SPN starts when John suddenly goes missing. Dean, his older son goes to Sam who had left the family to study Law at Stanford. Sam is reluctant to help Dean at first, but then decides to assist. Both his sons set out to find their missing father. John tells them about the existence of a gun made by Samuel Colt that would end Azazel. In Season 1 finale, John and his sons are involved in an accident caused by Azazel. The Season 2 premiere episode sees John striking a deal with Azazel to save his son Dean. John Winchester doesn’t make any more appearance until Season 2 finale where he gets his revenge of Azazel.

The character of John Winchester has been played by three different actors. Most notably the role was played by Jeffrey Dean Morgan who appeared in Season 1, 2, and making a special appearance in Season 14 Episode ‘Lebanon’ where John is pulled to the future by Sam and Dean. The Winchester family share a bittersweet reunion before John has to return back to his time to prevent the current reality from changing. Matt Cohen played John Winchester in a couple of episodes in the flashbacks. And Dark Rodger will be seen playing the role in the SPN spin-off series ‘The Winchesters’.

How Well Do You Remember The Last Words Of The Supernatural Characters?

Through the flashbacks, we learned that John Winchester served in the army during the Vietnam War, then after returning back to Kansas, he started working as a mechanic. The union of John and Mary was significant from the grand scheme of things. At some point, he ran into Mary and they both fell in love. However, John wasn’t aware of the existence of the SPN until the Winchesters time traveled in order to save their parents. This is when Michael learned that angels and demons do exist. When Anna tried ending Mary so the apocalypse couldn’t happen, the archangel Michael appeared who ended Anna and banished Uriel. Since Michael’s true vessel was Dean Winchester, but any member of the Winchester bloodline could serve to be his vessel. In the time travel episode, Michael possessed John Winchester telling Dean how it’s all supposed to end. He also erased the memories of John and Mary so they wouldn’t remember anything and things would happen the way they are meant to be.

So Take A Look At How Well Do You Know John Winchester From Supernatural?

How Well Do You Know John Winchester?

Story of SPN started with John Winchester. If it weren't for Papa Winchester, Sam and Dean wouldn't be hunters, and the world of SPN would be entirely different. Take this quiz to test your knowledge of him. 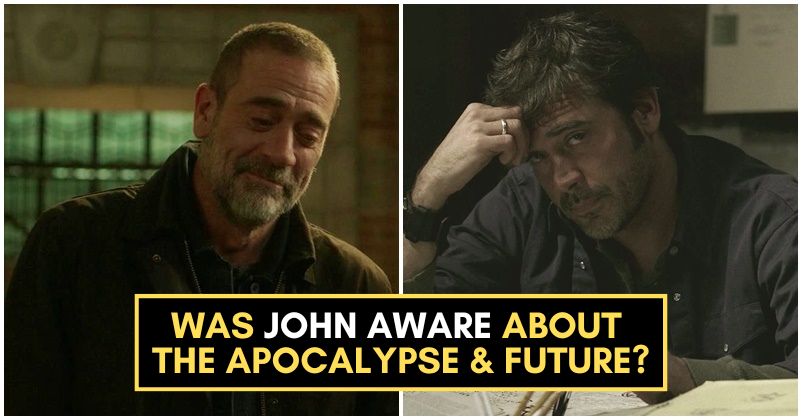