Humor Nation Make The World Smile
Home TV How Well Do You Know John Winchester & His Relationship With The...

Welcome back to Humor Nation. John Winchester is a terrific hunter, but a terrible father who raised his sons not as sons, but as soldiers who were robbed of their childhood. Dean suffered the most as he took on the role of the loyal soldier who always obeyed every command of his father without any objection. Right from the beginning, Dean was given the responsibility to protect his younger brother Sam whenever John would go on a hunt. In the process, Dean sacrificed his childhood, never got to live like a normal kid and enjoy the ordinary activities. Despite such discipline and strictness of John, Dean Winchester never complained about anything, and he always looked up to his father as his hero. Even when John goes missing, Dean decides to locate him, and enlists Sam in the searching process.

5 Interesting Facts About Cain From Supernatural

In Season 14 episode ‘Lebanon’, when the Winchesters use a magical item to free Dean from the influence of Michael. But they end up bringing John Winchester to the present time from the past. John Winchester is surprised to know about all that has occurred up until the present moment. He is also reunited with his love Mary Winchester. This reunion allows John Winchester to have a closure with his sons. He tells Dean that he is very proud of the man that he has become and want him to live a normal life. John also shares a moment with Sam where he asks for his forgiveness for taking away his childhood. Sam forgives John and they embrace each other before John is returned back to his timeline.

Despite all the wrongs committed by John Winchester, he tried making amends such as when he made a deal with Azazel, trading his life to resurrect Dean. His soul went to the underworld where he was tormented, but he refused to give in. John returned as a spirit and helped Dean in eliminating Azazel and then his soul was transported to heaven. John didn’t have a great childhood as his father Henry Winchester who was forced to be transported to the year 2013 when he met his demise while fighting alongside his grandchildren. And John grew up believing that his father Henry had abandoned him. Interestingly, the character of John Winchester has been played by several actors; JDM, Matt Cohen (in the time travel episodes), and Drake Rodger (The Winchesters)

It makes sense such as being raised solely by his mother, enlisting in army where he witnessed horrors, coming back and marrying the love of his love which is soon taken away from him, John endured plenty of adversities in his life. But the man had no quit in him, he kept fighting right until the very end. In the episode ‘The Beginning’, Dean Winchester travels back in the year 1973 where he runs into his father John, he convinces John to buy the 1967 Impala which John would eventually pass onto Dean whom he would call his ‘Baby’.

So Take A Look At How Well Do You Know John Winchester & His Relationship With The Boys?

How Well Do You Know John Winchester From Supernatural?

Think you are a crazy fan of Supernatural who is well aware of all the different characters then take this quiz to test your knowledge of John Winchester. 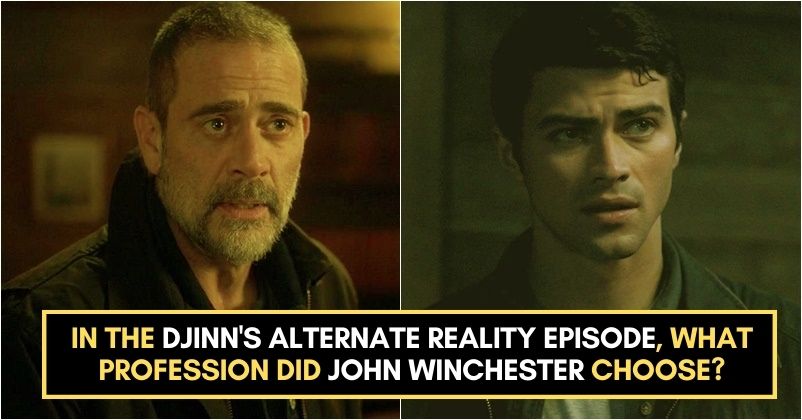