Humor Nation Make The World Smile
Home TV How Well Do You Know Kai Parker From The Vampire Diaries?

Welcome back to Humor Nation. Kai Parker made his debut in the Season 6, the son of Joshua Parker. We later find out that Kai Parker is a Siphoner. A siphoner is a kind of a witch that doesn’t have the ability to create any magic of their own, but they could ‘siphon’ the magic from other beings. Due to their siphoning abilities, they were treated as abominations by the Gemini Coven. This kind of species is pretty rare and they could become a witch-vampire hybrid, meaning they could still practice their magic even after turning into a vampire. Gemini Coven has exiled plenty of Siphoners due to their unique ability. These people together formed a group and began calling themselves the Heretics who were turned into the vampires by Lily Salvatore.

Ranking The 6 Most Powerful Witches In The TVD Universe

We first saw him trapped in the Prison World where he comes across Damon and Bonnie, they form an alliance with the hope of returning back to their world. However, he would betray Bonnie and use her blood to escape to the real world. After his arrival, he caused all sorts of chaos in the Mystic Falls.

The character of Kai Parker shares numerous similarities with Klaus Mikaelson as both of them were born different from their siblings. Kai was born as a Siphoner whereas his siblings were witches. Klaus was born as a werewolf and then turned into an Original, thus becoming the first Original Hybrid whereas his siblings didn’t have the werewolf gene. They both were treated as abominations, Kai’s Parker Joshua downright rejected him and Klaus’ father Mikael never missed a chance to abuse and punish him. They both have hurt their siblings while Klaus only neutralized them, never killed any. Kai ended up killing his siblings and absorbed their powers.

As a siphoner, he has the ability of absorb the magic of a witch and use it as his own. Even though he doesn’t have any magic potential of his own, but he can absorb the magic of different spells such as when he used the power of the anti-magic spell of the Travelers. Kai Parker on the outside might seem to be a charming and playful guy, but deep down he is a psychopath. The fact that he killed four of his siblings and didn’t experience any ounce of guilt or remorse verifies it. He could be extremely manipulative and doesn’t care about others, he sees them as a means to his ends.

So Take This Quiz And Find Out How Well Do You Know Kai Parker From The Vampire Diaries?

How Well Do You Know Kai Parker From The Vampire Diaries?

The main villain of the sixth season of TVD, he could be hilariously funny and also extremely deadly. Take this quiz to check your knowledge about Malachai "Kai" Parker. 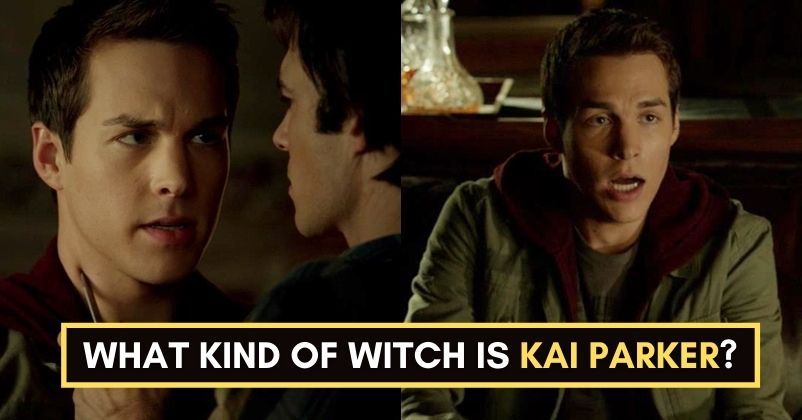