Humor Nation Make The World Smile
Home TV How Well Do You Know Klaus Mikaelson From The TVD Universe?

Welcome to Humor Nation. In Vampire Diaries, we learn that Katherine Pierce has been secretly working with Isobel. Isobel is revealed to be the mother of Elena Gilbert. Katherine has been trying to get a hold of the Klaus Mikaelson so she could trade her freedom with him. Klaus came to know about Katherine and he compelled Isobel to reveal the entire truth. After Out of all the Original Vampires, Klaus is perhaps the second strongest one in the family, second to Mikael. He dreaded his father because of the abuse that he has suffered at his hands as a kid. Even though we have never seen the wolf transformation of Klaus. It’s a regret that even Julie Plec expressed. It was due to the budget constraints that the event cannot be materialized.

Damon and Klaus crossed paths when Klaus arrived in Mystic Falls with the intention of lifting up the curse through the Hybrid Ritual. The ritual would demand the sacrifice of Elena Gilbert. This naturally made each other sworn enemies. Klaus warned Damon to not try anything stupid and not making the mistake of interfere in his ritual. Damon asked him to postpone the ritual to find an alternative way which doesn’t involve Elena Gilbert dying, but Klaus refused.

Later, Damon saved Caroline and Tyler who were supposed to be the necessary ingredients for the ritual. Damon also killed the vampire who’d be a part of the ritual and ended up killing the witch named Maddox who’d do the ritual. But Klaus already had a backup plan in place, he captured the werewolf Jules. Damon offered to volunteer for the ritual, but Klaus knocked him unconscious and didn’t choose him as he noticed the werewolf bite which resulted from Tyler.

5 Interesting Stats About The Characters On Originals!

Both Damon and Klaus share numerous similarities. Even Klaus admitted at one point that he has numerous things in common with Damon. As both of them come from an abusive household where the were scolded by their father. They both fell in love with a Petrova and has a significant past with a Petrova doppelganger as both of them have been involved with Katherine. Katherine fooled Klaus and escaped, and she pretended to be in love with Damon while she chose Stefan.

So Take The Quiz And Find Out Your Knowledge About Klaus Mikaelson!

How Well Do You Know Klaus Mikaelson From The TVD Universe?

When we first saw him on TVD, we hated him extremely, but over the course of time we fell in love with his characters. It was his popularity which led to the inception of 'The Originals'. Take this quiz to check your knowledge about Klaus. 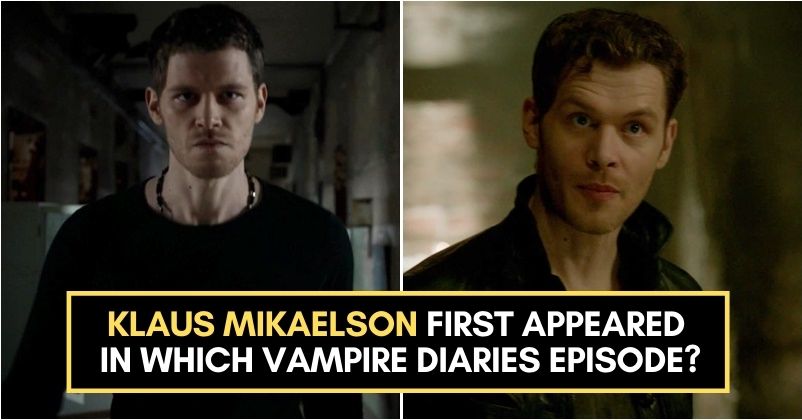