Humor Nation Make The World Smile
Home TV How Well Do You Know Lucifer’s Finale ‘A Chance At A Happy...

Welcome back to Humor Nation. The Part B of Season 5 is finally here. Let me assure you it’s the best and the most emotional Season of Lucifer. Season 5 featured plenty of things, from the arrival of God, to an introduction to the angel family, God retiring, tragic passing of Dan, and Lucifer becoming the god. The penultimate episode saw God walking into the alternate universe with Goddess to enjoy his retirement. There’s still uncertainty over his successor as he didn’t declare anybody, he left it up to his children to decide who will be the next God. The two candidates who can be the next God are Michael and Lucifer. Michael with his fear and threatening approach and Lucifer fighting with the motivation of love to prove he’s worthy. The finale episode titled ‘A Chance At A Happy Ending’ witnessed the epic encounter between the two twin archangels.

How Well Do You Know The Storylines Of Lucifer?

Lucifer wants to change the system as the death of Dan shocked him to the core because Dan didn’t deserve the fate he got, he was caught in the unnecessary game of the celestial beings. Lucifer convinces Chloe that he’ll be the God for the right reasons, for the sake of Dan. While Lucifer and Chloe are talking, an injuring Remi appears and dies. Michael got all the main items to ignite the Flaming sword, the threat of Flaming sword made all the angels to fight on his side. Lucifer and the gang are outnumbered and they must come up with a plan to take down Michael without causing casualties.

The final showdown takes place at the Coliseum where Michael with his flaming sword and angel army is ready, Lucifer and gang stalls by singing ‘Can’t Touch This’, Maze, Eve, and the demon army joins the battle.

So Take This Quiz And Find Out How Well Do You Know Lucifer’s Finale ‘A Chance at a Happy Ending’?

How Well Do You Know Lucifer’s Finale ‘A Chance At A Happy Ending’?

The finale of Season 5 Part B was emotional, shocking, and extremely entertaining. Take this quiz to test your knowledge of the finale episode. 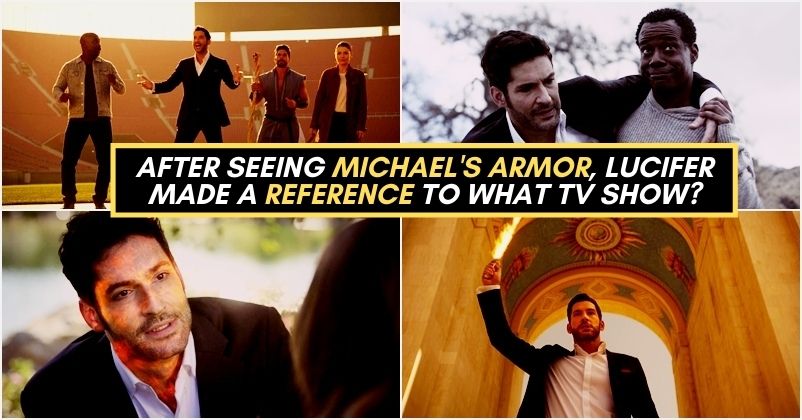