Hello Readers! Welcome back to Humor Nation. We were first introduced to the character of Malia Tate in Season 3. She is the biological daughter of Peter Hale. However she was put to adoption and was adopted by the Tates who raised her as their own daughter. Once while driving with her mom and sister, she was attacked by Corinne who was her biological mother. The stress of the accident which combined with the full form caused her to transform into her werecoyote form. She had no control over her powers as she wasn’t aware of her supernatural identity. She ended up killing her mom and sister unintentionally. The guilt of her actions caused her to stay in her werecoyote form for the next 8 years. She stayed hidden in the Preserve.

How Well Do You Remember Season 3 Of Teen Wolf?

It was the Alpha roar of Scott that forced Malia to return to her human form again. She required some time to adjust to the human life, the McCall pack helped her in moving on. They also helped her in managing her powers and have a control over them. Malia’s mother is Corinne who is a highly skilled werecoyote and an assassin. She has been pursued by the US Marshals for years. In Season 4, Peter confessed to his daughter about the true identity of her mother who’s known by the name ‘Desert Wolf’. Peter’s sister Talia used her power of memory manipulation to erase all the memories of Corinne from Peter’s mind. This also resulted him forgetting the existence of his daughter.

Malia was admitted to the Eichen House which helped her in the rehabilitation. Once freed from the facility, she became a part of the McCall pack and fought different enemies alongside the group. She also learned that it was her biological mother who was behind the car accident. Stiles helped Malia a lot and this developed their friendship. Soon their friendship became a romantic relationship. They cared a lot about each other, to the extent that they would put their lives in danger just to protect the other. Being a werecoyote, Malia is extremely fast, agile, strong. She also has a high threshold of pain, she could heal quickly, and can shapeshift. The fact that her eyes glow when Scott does the Alpha howl suggest that there is connection between them.

Once Malia took all of her mother’s power, she became much powerful than a normal werecoyote. Her biggest fear is the fear of hunting the people she cares about, she would never want to hurt the people she cares about because if she did, then she would become just a killer. She is also an excellent tracker due to her heightened sense of smell which was improved by Derek Hale, her cousin.

So Take This Quiz And Find Out How Well Do You Know Malia Tate From Teen Wolf?

How Well Do You Know Malia From Teen Wolf?

So you think you are a big fan of Teen Wolf and you have the complete knowledge about all the characters? Take this quiz to find out how much do you really know about this strong, beautiful, and smart character. 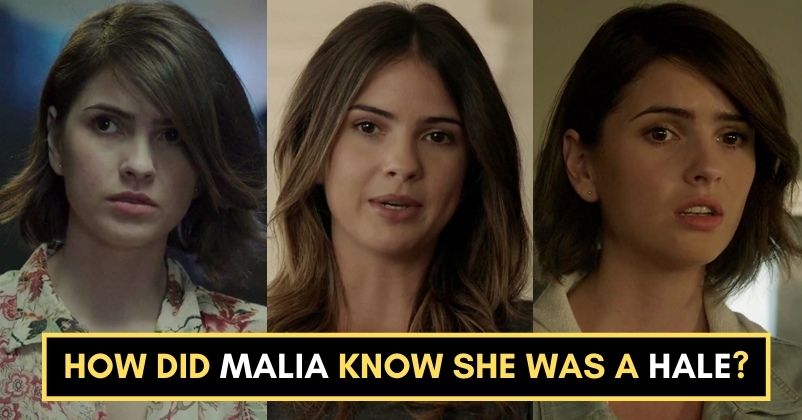