Humor Nation Make The World Smile
Home TV How Well Do You Know Mikael And Esther From TVD Universe?

Welcome back to Humor Nation. We were first introduced to the characters of Esther and Mikael in the Vampire Diaries, the parents of the Original Vampires. Mikael is the father of the vampire race, it was his decision that resulted in the inception of the vampires. He made his wife Esther to cast a spell that would protect their family from any harm. Esther, the witch, transformed Mikael and the children into the immortal vampires who are superior in strength to werewolves and other creatures.

Guess The Originals Character By The Given Emojis!

Mikael is the step-brother of Klaus Mikaelson, Niklaus was conceived as a result of the affair that Esther had with her werewolf lover Ansel. It was Mikael who gave Klaus his name. Even though they shared an antagonistic relationship, but that wasn’t the case always. When Klaus was born, Mikael was very happy, he wished to see his son grow up to be a warrior. But soon he became abusive towards his son, he believed that he was making Klaus stronger through his harsh treatment. Even after learning the true identity of Klaus, Mikael didn’t kill him, he just made Esther suppress his werewolf nature using the spell. Also when Esther used the immortality spell for her children, Mikael made sure that Klaus was also included with the rest of their kids to be turned into the Original Vampires.

The relationship between Klaus and Esther has been nothing short of complicated. She considered Klaus to be her most special child. She made Klaus a starling necklace which she said will protect him, but it was meant to weaken him so that he won’t activate his werewolf curse.

So Take This Quiz and Find Out How Well Do You Know Mikael And Esther From TVD Universe?

How Well Do You Know Mikael And Esther From TVD Universe?

We were first introduced to the characters of Esther and Mikael in the Vampire Diaries, the parents of the Original Vampires. Take this quiz to test your knowledge of them. 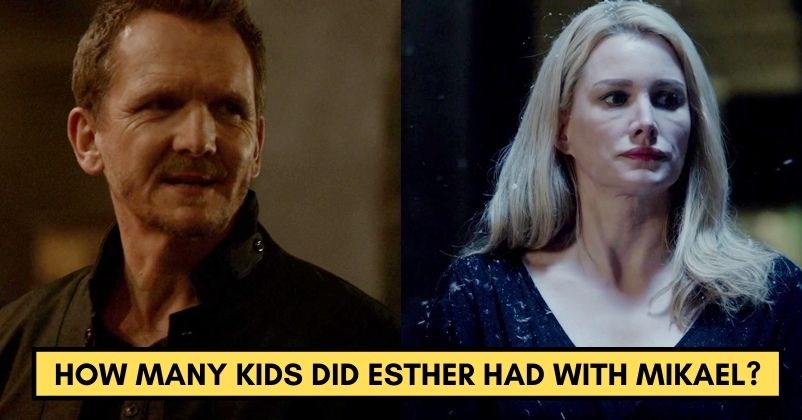