Humor Nation Make The World Smile
Home TV How Well Do You Know Rebel (Rebekah & Marcel) From The Originals?

Welcome back to Humor Nation. Originals featured numerous relationships throughout its five Seasons. Rebel is the name given to the ship between the Upgraded Original Marcel Gerard and the Original Rebekah Mikaelson. These two have been in love with each other for a very long time, but circumstances forced them to be apart from one other. Marcel is the young boy whom Klaus rescued and made his son. He started living with the Mikaelsons and groomed under them. When he grew older, he started developing feelings for Rebekah and promised to marry her. But Klaus was against the idea and warned Marcel to stay away from Rebekah. Klaus would dagger Rebekah to stop him from being with Marcel.

In the beginning of Season 5, Marcel and Rebekah are living together in New York. Marcel would propose to Rebekah who declined indicating that she is waiting for her family to reunite. They argue and Marcel gave her a choice, to either marry him or they break up. She would say no to his proposal and would return to her family.

For centuries Klaus Mikaelson have kept them separated, he didn’t want them to be together because he was paranoid their union would leave him isolated. However, in 1920s, he allowed them be together, Rebekah and Marcel did the mistake of calling Mikael in New Orleans. This resulted in the Mikaelsons siblings fled from their father and Rebekah’s love story with Marcel was broken off. Marcel would end up becoming the rules of the New Orleans and didn’t bother searching for Rebekah. However, when they were reunited again, Rebekah tried persuading Marcel numerous times to leave the city behind and start fresh, however, he couldn’t do so. In Marcel’s defense, he felt betrayed that the Mikaelsons didn’t come back for him especially Rebekah to find out if he’s dead or alive.

There would be plenty of politics over the crown of New Orleans, Klaus and Marcel went head to head while Rebekah just watched and then left. However, when the Upgraded Marcel gave the Mikaelsons deadly bite, Rebekah returned and intervened. Marcel assured her that he would never hurt her. In the finale episode, they both ultimately leave New Orleans to start a new life together.

So Take This Quiz And Find Out How Well Do You Know Rebel (Rebekah & Marcel) From The Originals?

How Well Do You Know Rebel From The Originals?

'Rebel' is the name given to the relationship between the Upgraded Original Vampire Marcel and the Original Vampire Rebekah Mikaelson. These two have been in love with each other for more than a century. 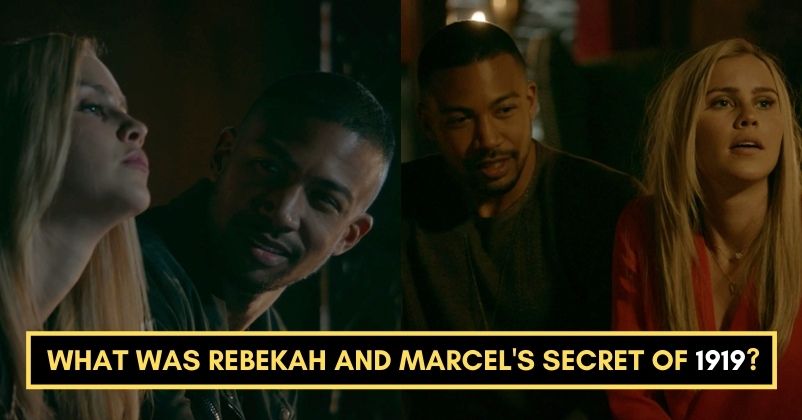