Humor Nation Make The World Smile
Home TV How Well Do You Know Remember The Last Lines Of The Lucifer...

Welcome back to Humor Nation. After an epic journey, Lucifer has finally ended. Season 6 of the Lucifer has been bittersweet as it provided an ending to the different character arcs. But did the characters of the show get the endings they truly deserved? Let’s start with Lucifer Morningstar. The devil who got tired of his duties of hell and came to earth looking for an escape, he became fascinated by humanity and their motivations, he decided to stay around and started granting favors to the people.

When he crossed paths with Detective Chloe Decker, he became interested in her because she was the only human who is invulnerable to her charm and powers. He enlisted himself in LAPD as a civilian consultant and began solving crime cases with the detectives. Lucifer also began seeing a therapist to better understand his inner conflicts, he expressed all his emotions, thoughts, and problems to Dr. Linda Martin who helped him in introspecting and reflecting.

Linda’s therapy along with Chloe’s love truly changed Lucifer as he began self aware and began actualizing what he needed to be. After helping Mr. Lee in escaping hell and Dan in dealing with his unresolved guilt, Lucifer figured out that his true calling is to be a healer of hell. He would counsel and provide therapy to the millions of the cursed souls and help them in moving from there. While some of the fans were not happy with this conclusion as they believed that Lucifer could have done more good, had he chosen to be the God which he rightfully won after fighting Michael in the Celestial War in Season 5. But deep down, he truly doesn’t want to be God and this is why he was stalling to ascend to heaven in the beginning of Season 6. Also, Amenadiel is best suited for the job, with his experiences and connect with humanity, he could arguably do more good than Lucifer.

Chloe Decker resigned from her LAPD job in Season 5 to assist Lucifer in the war, but when Lucifer began having second thoughts about being God, and Chloe missed being a cop deep down. This is because her job and profession has defined her identity, a lot of her values and morals came from being a cop. Even when she gave up being a cop, she couldn’t help, but investigate. Ultimately, she returned to LAPD and worked until she retired after the departure of Lucifer.

So Take This Quiz And Find Out How Well Do You Know Remember The Last Lines Of The Lucifer Characters?

Think you are a crazy passionate fan of Lucifer? Take this quiz to test your knowledge of the final lines of the characters! 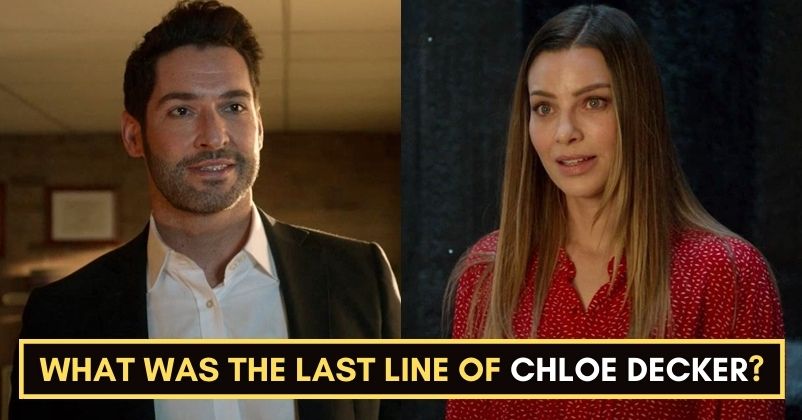