Hello Readers! Welcome back to Humor Nation. KJ Apa is best known for his role of Archie Andews in Riverdale which is a show based on the famous Archie comics. Archie is a small town teenager who is best friends with Betty Cooper. But when the rich girl Veronica Lodge moves to the town of Riverdale, she immediately catches his attention and becomes his crush. But he is also fond of Betty, this has resulted in a love triangle driving a lof of the plot lines in comics. Archie often finds himself in conflict with Hiram Lodge who is the father of Veronica Lodge.

KJ Apa was also involved in a car accident in 2017 when he was returning from the set of Riverdale. It was reported that he had fallen asleep at the wheel after being tired from a long shoot the previous night. Luckily, the actor was not injured badly with a few minor scratches as his car hit a light pole. KJ Apa has also appeared in numerous movies such as ‘A Dog’s Purpose’, ‘The Last Summer’, ‘The Hate U Give’, and he is scheduled to appear in Altar Rock which is currently in post-production.

Take This Quiz And Find Out How Well Do You Know Riverdale Star KJ Apa?

Also, we would like to know who is your favorite Riverdale character? And what are your thoughts about the latest season of the show? 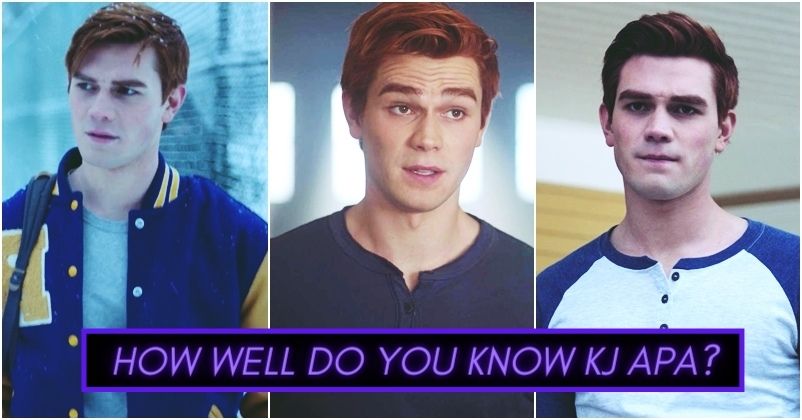 Only A True Damon Salvatore Fan Can Complete These Quotes!

5 Characters In TVD Universe Who Were Not Supposed To Last...

LUCIFER QUIZ: Are You Team Lucifer Or Team Michael?