Humor Nation Make The World Smile
Home TV How Well Do You Know Season 1 Of Alice In Borderland?

Welcome back to Humor Nation. Alice in Borderland has gained a great popularity all across the globe. It’s second season has recently been released on Netflix. The show is based on the Japanese manga of the same name, The show’s first season was such an immense hit that it got the green signal for second season within two weeks of its Netflix premiere. The show starts with Arisu who finds himself in a different world which resembles like Tokyo, but it completely empty. Arisu along with his friends Chota & Karube must now participate in games where losing means being eliminated where the player loses their life. In order to survive, the players must participate in the games and beat them.

The first episode begins with Arisu who is scolded by his brother for continuously playing games and not working a job. His happiness comes from hanging out with his friends Chota who works in a company and Karube who often gets into the fights. The three were discussing about zombies and playing around when they cause an accident, they rush to hide inside a bathroom. When they come out, they find the streets completely empty and are clueless as to what happened.

Arisu is similar to the character of Alice who finds herself in a new world which is full of surprises and various dangers. Arisu is the outcast like Alice who sees things differently. Due to his video game knowledge and experience, he is quickly able to solve the problems using his logical deduction reasoning. He has a good heart which is clearly evident in each of the games where he tried to save everyone by figuring out a way. He has proven to see through the manipulation of the game of hearts where the goal is to turn the players against each other. In Season 2 final episode, when Arisu defeats the Queen of Hearts which is perhaps one of the most challenging manipulative games of the show. After beating the Queen, Arisu and the others are offered a chance to return to their real world or to reside permanently in the Borderlands.

Arisu and the beach group decide to depart the world. It is then revealed that at the beginning of the show a meteor explosion happened at the Shibuya Crossing which placed everyone in a coma. The entire show takes place in the span of one minute which in the Borderland time is years when all the people who were struck by the meteor participated in the games. Those who chose to return were awakened from the coma they went into due to a cardiac arrest. Whereas those who chose to remain in the world would remain in the Borderlands. All the participants can be seen in the hospital recovering. But they do not have any memories of their time spent together. However, they can still sense an unknown connection. In the final scene, Arisu runs into Usagi, the two can sense the connection. Arisu initiates a talk and soon they both agree for a date. It would be interesting to see if there would be a season 3 of the show. As the show concluded with Season 3, but there’s definitely a possibility for Season 3 of Alice in Borderland that could explain the realm further.

The show Alice in Borderland comes under the category of Survival Genre where the characters have to survive some sort of challenges. There are couple of movies and shows similar to Alice in Borderland such as the Saw film series, Battle Royale, Squid Game, Escape Room movies, and Cube movie series.

So Take A Look At How Well Do You Know Season 1 Of Alice In Borderland?

How Well Do You Know Season 1 Of Alice In Borderland?

Think you are a crazy fan of Alice in Borderland? Think you know everything about the show and its characters? Take this quiz to test your knowledge of the show. 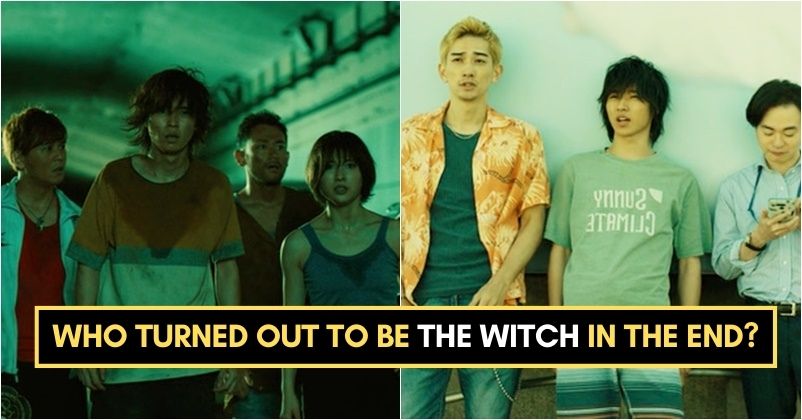