Humor Nation Make The World Smile
Home TV How Well Do You Know Season 15 Of The Supernatural?

Welcome back to Humor Nation. Season 15 premiered on 10 Oct 2019 on CW Network, it is the final season of the hit TV show Supernatural. The season was supposed to conclude in April 2020, but due to the pandemic, its filming and production got delayed, forcing the show to conclude in the month of September 2020. For 14 Seasons, the legendary duo of Sam and Dean Winchester have battled all sorts of Supernatural monsters, fierce creatures, and beings. They have managed to defeat all the antagonists, but this time they square off against their creator, Chuck AKA God who plans to end his story.

We first learned that Chuck is not just a prophet, but God in Season 5 finale. He would make an appearance in Season 10 ‘Fan Fiction’ and would eventually meet the Winchesters in Season 11 after sitting on the sidelines for so long. But when his sister Amara threatens his creation, he would join forces to defeat his powerful sister. At this moment, Chuck seems to be a good guy, protecting everyone, and being the compassionate lord. But it all turns out to be a facade. In Season 14, we learn that he is the one pulling all the strings, manipulating, and controlling the lives of the Winchesters right from the beginning. Chuck orchestrated every tragic event that happened in their lives. So when he instructed the boys to eliminate the Nephilim Jack, but the brothers didn’t obey him, he ended Jack which resulted in Sam Winchester using the Equalizer on him.

Can You Identify The Supernatural Episode & Season From The Picture?

This infuriated him and he announced the end of his story. Chuck would release all the souls of the underworld by causing a rupture, he did it to ensure that the main universe with the Sam and Dean that we have known all along is destroyed. All the vengeful spirits that the Winchesters have defeated and disposed of in the past are now free. It looked like Winchesters would lose this battle due to the overwhelming number of released souls. But Rowena saved the world by absorbing all the souls inside her and jumped into the rupture, sealing the rupture forever.

Chuck planned his ending for the Winchesters, he showed visions of the alternate universes where Sam and Dean destroyed each other. In one reality, Sam wasn’t able to overpower Lucifer mentally and eventually submitted to Lucifer. Whereas in other reality, Dean surrendered to the Mark of Cain’s dark influence. Season 15 of the show featured numerous familiar faces from the past such as Lilith and Michael who played a significant role in the ultimate conclusion of the epic story.

So Take A Look At How Well Do You Know Season 15 Of The Supernatural?

How Well Do You Know Season 15 Of The Supernatural?

SPN concluded with its Season 15. Think you are a passionate fan who knows Season 15 perfectly? Take this quiz to test your knowledge related to the storylines and events of Season 15. 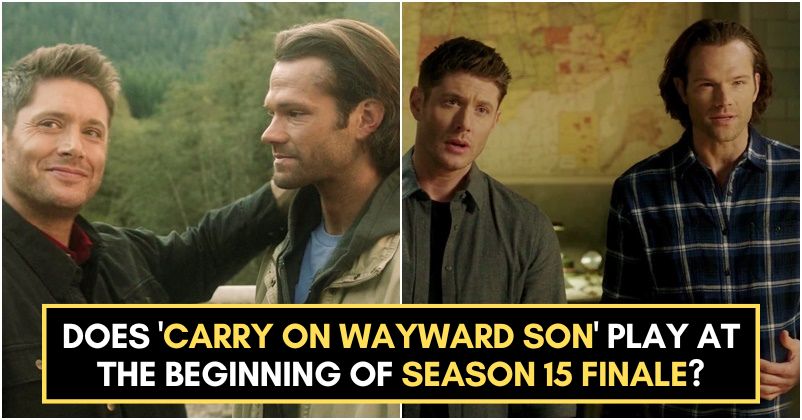