Humor Nation Make The World Smile
Home TV How Well Do You Know The Alphas From Teen Wolf?

Welcome back to Humor Nation. While Teen Wolf featured different sorts of supernatural beings such as Kanima, Kitsune, Ghost Walkers, Banshees, but it mainly revolved around the werewolves. They are also the first creatures to be introduced in Teen Wolf. The main protagonist of the show is also a werewolf. Werewolves might appear like a normal human being, but they have the ability to shapeshift into the beast form which gives them super strength. In the wolf form, they usually have sharp fangs and claws, they also have glowing eyes of different colors such as red or blue, depending on their rank in the hierarchy such as the Alphas or the betas.

How Well Do You Know The Betas From Teen Wolf?

When it comes to the power and rank hierarchy, the Alphas are the strongest and they lead the packs. They have the signature red glowing eyes and are much superior in strength compared to Beta werewolves. They gain power when their pack is expanded with the joining of the Beta wolves. In order to acquire the rank of an Alpha, there are numerous ways. One could become an Alpha wolf through the way of inheritance if his parental figure was an Alpha. Another way which is also most commonly used is to kill another Alpha and steal his powers which we happens most of the times. A rare way to become an Alpha is through determination and willpower.

They also possess the ability to transform any ordinary human being into a werewolf using their bite. Sometimes a deep scratch also causes one to turn. Peter Hale had bitten Scott which caused him to become a werewolf. The Alphas can motivate their Betas by using their roar.

Scott would go on to create the McCall pack which is unique in the sense that it compromises of different creatures and not just the werewolves. Scott is also one of the rare werewolves who managed to transition to the Alpha Status without stealing/killing an Alpha or through inheritance. It was his willpower, dedication, and commitment which resulted in him becoming a true Alpha. It’s a rare phenomenon which happens once in a century. So who do you think is the best Alpha in Teen Wolf? Let us know.

So Take This Quiz And Find Out How Well Do You Know The Alphas From Teen Wolf?

How Well Do You Know The Alphas From Teen Wolf?

They are the most powerful werewolves on the Teen Wolf. An alpha can bite a human and make him a beta werewolf. 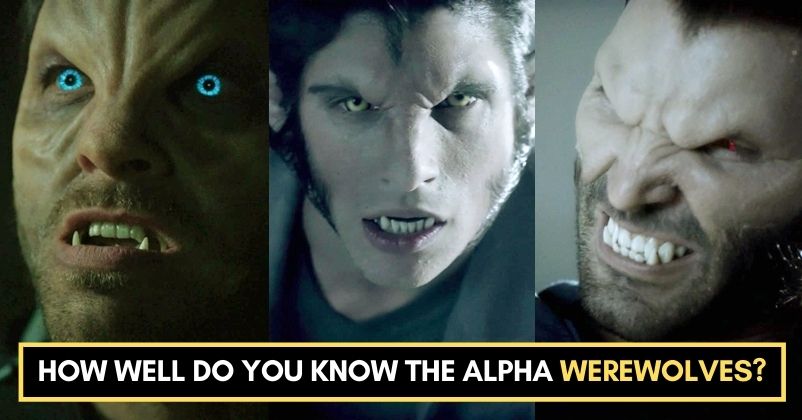